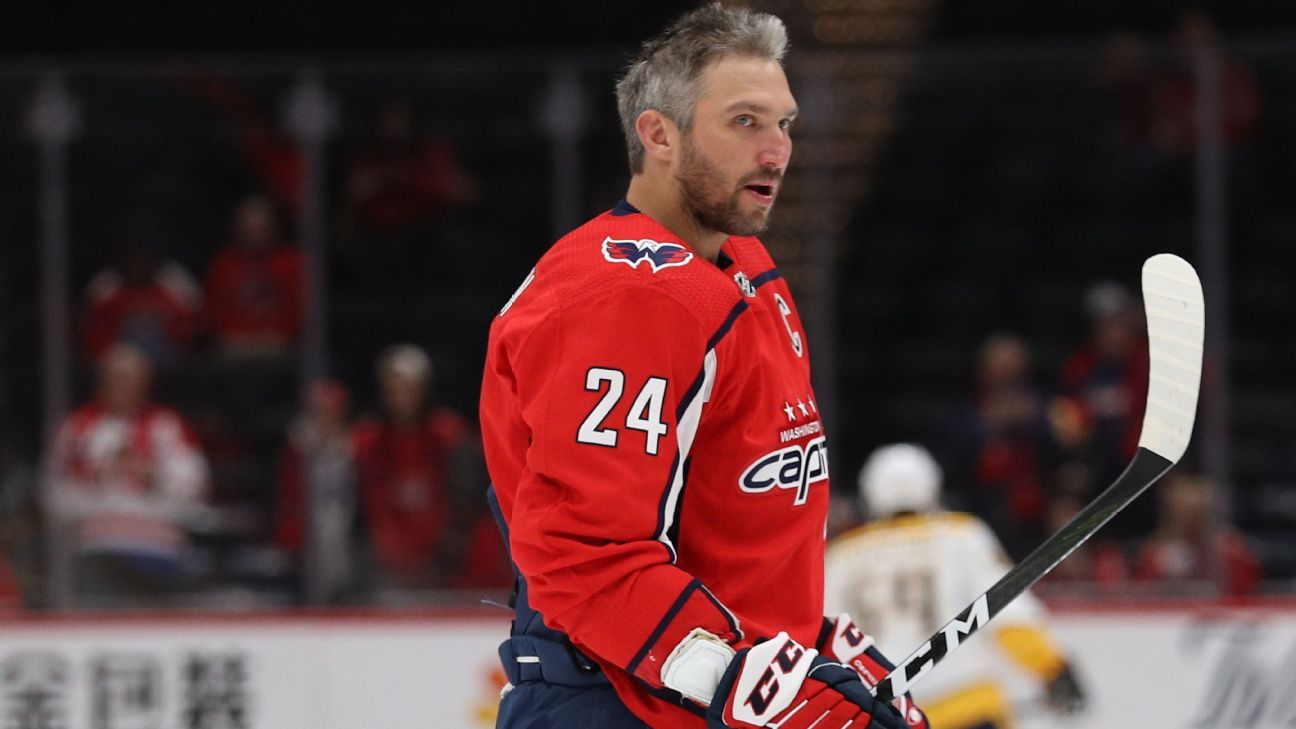 Washington Capitals star Alex Ovechkin honored the late Kobe Bryant by swapping his No. 8 jersey for the No. 24 during warm-ups on Wednesday night, ahead of the team’s home game against the Nashville Predators.

The jersey will be signed and put up for auction, with proceeds benefiting the Kobe & Vanessa Bryant Family Foundation.

The NBA star and his 13-year-old daughter, Gianna, were among nine passengers killed in a helicopter crash Sunday in Calabasas, California.

Ovechkin met Bryant on a few occasions during his career with the Los Angeles Lakers, including in 2016 when the Capitals’ captain and tennis star Novak Djokovic took a picture with Bryant during the NBA great’s last season. Bryant gave Ovechkin an autographed jersey and sneakers with the inscription, “To Alex, one of the all-time greats.”

Ovechkin was shaken Sunday when discussing the tragedy. “He always treated me well when he saw me. It’s hard. He was a legend in the basketball world, and in the whole world. It’s tough. I still can’t believe it,” he said.

“He always shook my hand. I remember being in the stands once eating hot dogs and he pointed to me, and I was like ‘holy …,” recalled Ovechkin. “As an athlete, you want to meet one of the greatest. And he was the best.”

2023 PHF All-Star Game: Stars to watch, what to know about the new format
Bradley: An open letter to Beterbiev and Yarde — with a game plan for each
Lancashire announce Daryl Mitchell, Colin de Grandhomme as overseas signings
Djokovic back at No. 1 on ATP after Aussie Open
Way-too-early tennis rankings and predictions for the rest of 2023