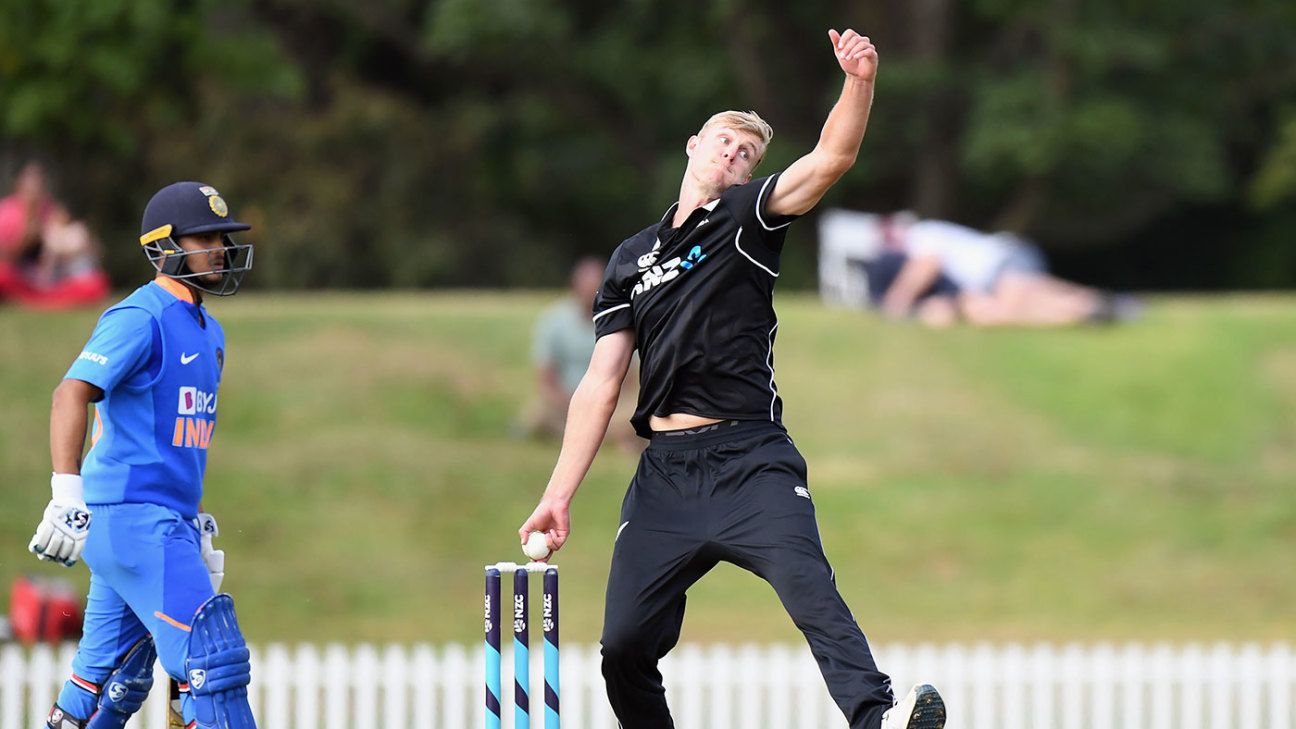 The uncapped pace bowler Kyle Jamieson has been named in New Zealand’s ODI squad to face India alongside Scott Kuggeleijn and Hamish Bennett as injuries force a reshaping of the attack.

Jamieson’s call-up was flagged when he was left out of the New Zealand A squad and follows his addition to the Test side in Australia late last year following the injury to Lockie Ferguson.

Ferguson, who is recovering from his calf strain, remains one of three pace bowlers unavailable for the one-day series along with Trent Boult (broken hand) and Matt Henry (broken thumb) although Boult and Ferguson are closing in on returns.

Bennett and Kuggeleijn played their last ODIs on the 2017 tour of Ireland.

The matches against India will be New Zealand’s first ODIs since the World Cup final last July and the selectors have opted to retain Henry Nicholls at the top of the order. Tom Latham has recovered from the fractured finger he suffered in the final Test against Australia at the SCG to take the wicketkeeping gloves. Tom Blundell remains the spare batsman in the squad and also provides a back-up keeping option.

Legspinner Ish Sodhi has been included for the first match of the series in Hamilton and will then be released to join the New Zealand A squad ahead of their second four-day match against India in Christchurch.

“Tim Southee has an important job leading our new look pace attack, which has a huge opportunity against some of the very best batsmen in the world,” New Zealand coach Gary Stead said. “While the bowling line-up has a fresh look, the batting is very settled and we’ll likely have the same top eight batsmen from the World Cup finals.

“Henry will remain at the top of the order after impressing in the opportunities he’s had. He’s been in good form opening for Canterbury in the latest rounds of the Ford Trophy with a hundred and a half-century to his name. It’s great to have Tom fit so we can call on his experience behind the stumps and in the middle order.”