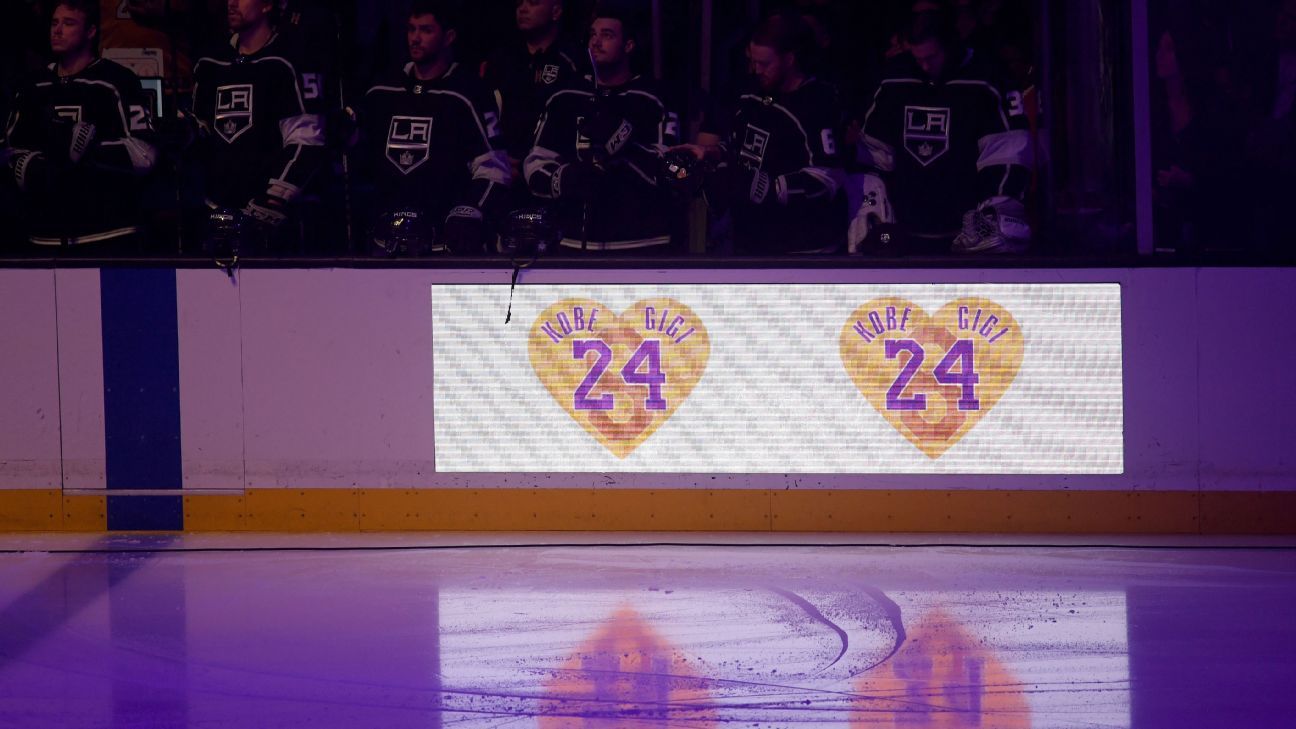 The Los Angeles Kings walked into Staples Center on Wednesday night donning Kobe Bryant Lakers jerseys prior to their game versus the Tampa Bay Lightning.

Some Kings wore gold jerseys, others wore the alternate white ones, with a sizable mix of Nos. 8 and 24 on the back.

It was the Kings’ first home game since Bryant’s death, and captain Anze Kopitar gathered with his teammates to orchestrate their own tribute. Prior to the first period, there was a moment of silence, followed by a photo tribute on the video board for all nine victims of Sunday’s helicopter crash in Calabasas, California, including Bryant, 41, and daughter Gianna, 13.

“The last few days, you look around the city, you saw the amount of people who paid their respects to one of the greats, all time, in basketball,” Kopitar said in a pregame interview with NBC Sports Network. “For us, being connected to the Lakers, right next door here, we had to do this and pay our respects in that regard.”

Kopitar, 32, has played his entire career with the Kings, dating back to 2006, so he and Bryant shared Staples Center often. Kopitar, a five-time All-Star, helped the Kings win the Stanley Cup in 2012 and 2014, with both clinching games coming at home, against the New Jersey Devils and New York Rangers, respectively.

The Kings also wore purple-and-gold heart stickers on the back of their helmets against the Lightning. Inside the heart were the Nos. 8 and 24, with the words “KOBE” and “GIGI” printed across the top.

The Kings weren’t alone in the NHL with Bryant tributes. In Washington, Capitals captain Alex Ovechkin, a friend of Bryant’s, wore a No. 24 jersey during warm-ups prior to his game versus the Nashville Predators. Ovechkin, who went back to his familiar No. 8 during the game, scored his 35th goal of the season 16:26 into the first period.

After the 5-4 loss to the Predators, Ovechkin signed the jersey, and the Kobe & Vanessa Bryant Family Foundation will put it up for auction at a later date, the Capitals announced.