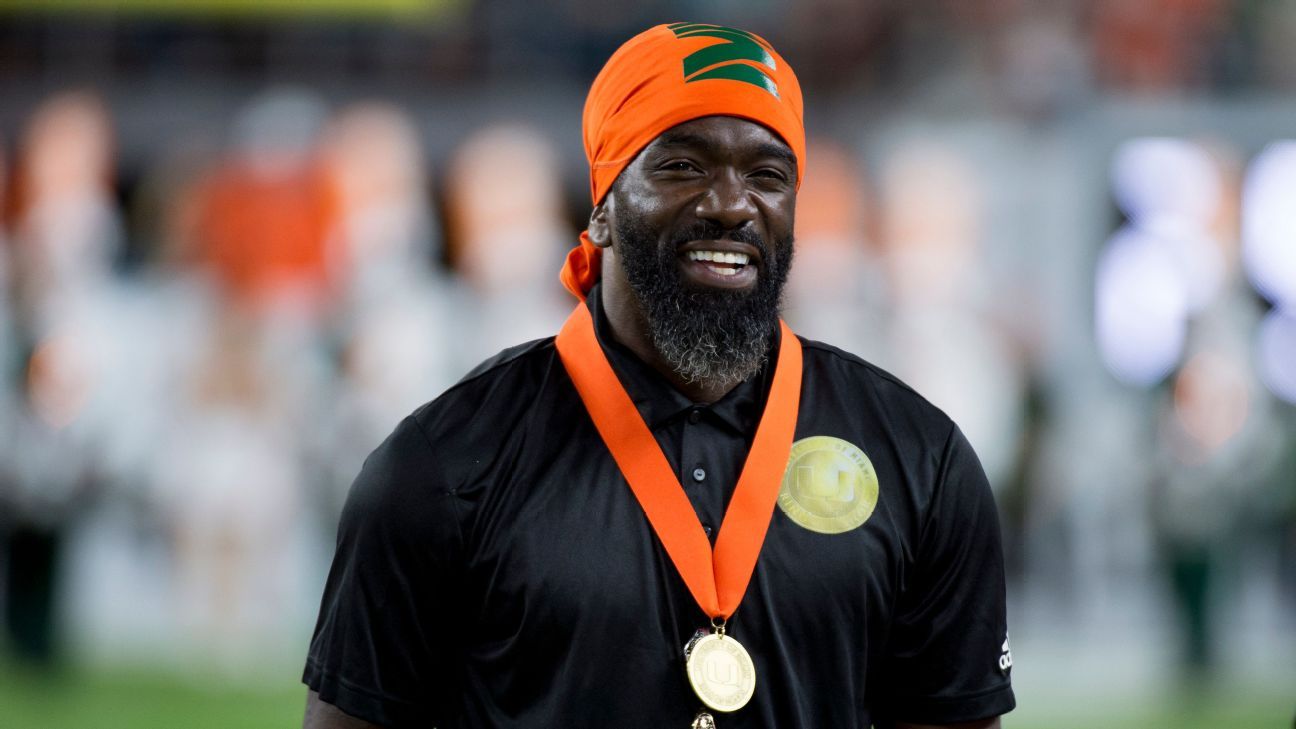 CORAL GABLES, Fla. — Pro Football Hall of Famer Ed Reed is going back to his roots and rejoining the Miami Hurricanes.

Reed has been hired as the new chief of staff for the Hurricanes’ football program, a deal that was announced Thursday and will be finalized when the school completes a standard background check.

Reed will be tasked with helping Miami coach Manny Diaz “in all aspects of the football program, including strategic planning, quality control, operations, player evaluation and player development,” the university said in a statement.

Reed’s duties will also include team building, student-athlete mentorship and as much recruiting as is allowed under NCAA rules.

Reed was a five-time All-Pro safety, a member of the NFL 2000s All-Decade Team, the 2004 Defensive Player of the Year and made nine Pro Bowls. He had 64 career interceptions, led the league in that stat three times and scored 13 non-offense touchdowns in his career with the Baltimore Ravens.

“We are thrilled to welcome Ed back to Coral Gables,” Diaz said. “He is not only one of the most decorated players in Miami football history but also a devoted Cane who cares deeply about this program. All of our players, coaches and staff will be fortunate to tap into his experience, knowledge and passion on a regular basis.”

When Diaz was hired to replace Mark Richt, he generated optimism and excitement around the program, labeling his changes #TNM or The New Miami.

But that optimism soon soured, especially after a debacle of a loss to FIU in November. Losing to Louisiana Tech in the bowl game didn’t help matters as Miami finished a disappointing 6-7 in Diaz’s first season.

A large segment of the fan base started clamoring for changes, most especially to help Diaz. Athletic director Blake James said earlier this month he talked to former Miami running back Alonzo Highsmith about joining the staff in a similar role, but the two could not come to an agreement. Highsmith was then vice president of player personnel for the Cleveland Browns. On Wednesday, Highsmith and the team parted ways, ESPN reported.

Highsmith tweeted Thursday that Reed was a “great hire” and that he was pulling for him.

Reed’s hire is sure to give the entire program a boost, as one of its most beloved alums and ambassadors.

Reed was a member of Miami’s 2001 national championship team, widely considered to be the most talented team in college football history. Five players from that team went in the first round of the 2002 NFL draft, including Reed 24th overall to the Ravens.

At Miami, Reed set school records for career interceptions (21) and interception return yards (369), won a Big East championship in javelin in 1999 and graduated with a degree in liberal arts.

Reed is also a member of the College Football Hall of Fame and the University of Miami Hall of Fame.

ESPN’s Andrea Adelson and the Associated Press contributed to this report.