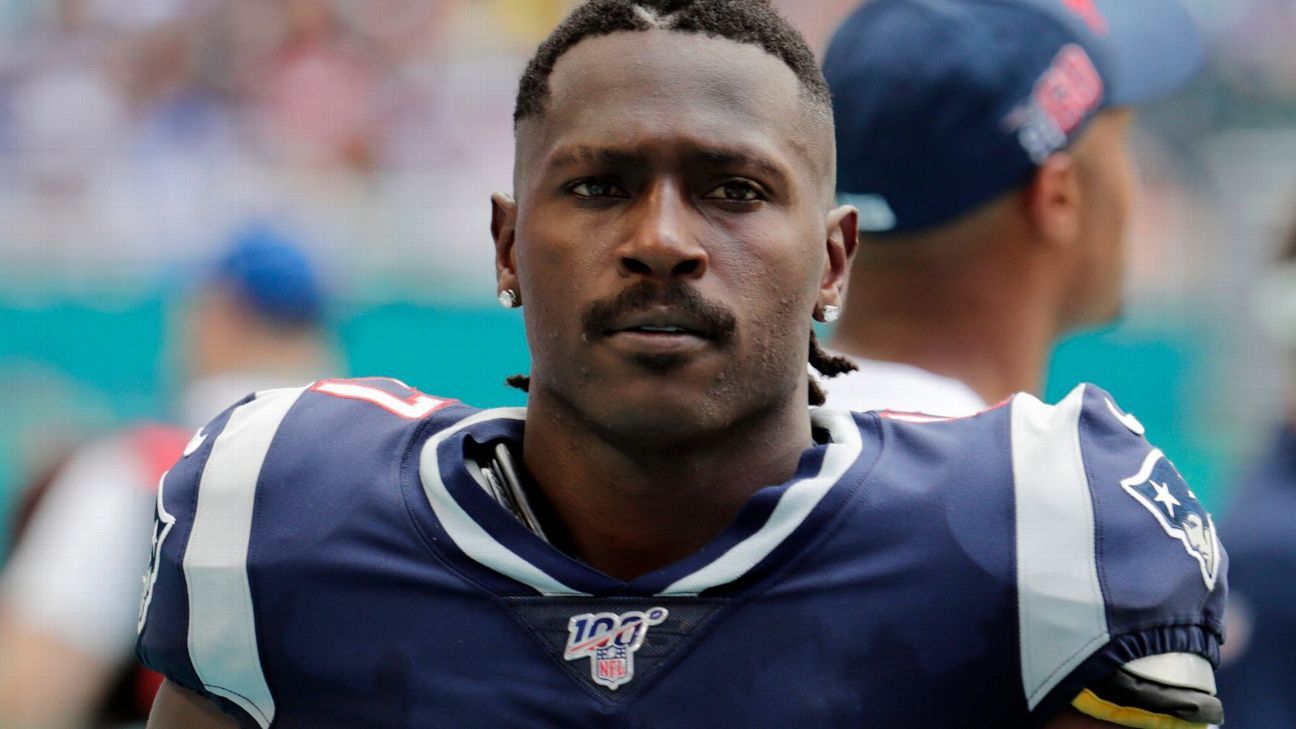 “We’ve made two offers now to Antonio Brown, and we’re negotiating a fight at the moment,” Hearn told ESPN. “I don’t know if it’s going to happen but we’re working on it. Obviously, it’s a fight that DAZN is very serious about, very excited about.”

Paul, who has more than 20 million subscribers on his YouTube channel, made his professional boxing debut in November, losing a six-round decision to rival and fellow YouTube personality KSI in Los Angeles.

“Logan Paul has agreed to terms with the fight,” said Hearn, whose company is promoting a card that takes place on Thursday featuring Paul’s brother, Jake. “Really, we’re just trying to tie up Antonio Brown’s end.”

Hearn says that their seven-figure proposal to Brown is for an April 25 bout.

“But a lot depends on if he gets a club, if he does, it puts the fight in jeopardy,” said Hearn.

The 31-year-old Brown starred for the Pittsburgh Steelers from 2010 to 2018, where he was selected to seven Pro Bowls and was considered one of best players in the NFL. He forced a trade to the Oakland Raiders last March, but his stint with that organization was tumultuous and the Raiders released him before the start of the 2019 regular season.

After parting ways with the Raiders, the New England Patriots signed Brown. But Brown played only game for New England, who released him after a second woman in a span of 10 days accused him of sexual misconduct.

A few weeks ago Brown tweeted:

To which Paul responded:

i’d drop you faster than the patriots https://t.co/Vv592JRkxk

On January 8, at a press conference in Los Angeles to promote his brother’s bout, Logan Paul said to a group of reporters: “I have no doubt in my mind that this would be the biggest event in 2020. I’m talking bigger than [Tyson] Fury-[Deontay] Wilder, I’m talking bigger than [Conor] McGregor-Fury. I may delusional and optimistic but the crossover between the massive digital audience and the mainstream audience that ‘AB’ would bring is insane.”

While Paul is amused by the idea of facing Brown at the 50-yard line in a football stadium, he envisions this fight taking place at a venue like New York’s Madison Square Garden.

Former Los Angeles Chargers and Buffalo Bills standout Shawne Merriman, who played eight seasons in the NFL and has dabbled in mixed martial arts and has his own promotional outfit, is keen on the idea.

“If AB’s serious, AB’s going on the [NFL] commissioner’s exempt list when he comes back [to the league]. So he’s got some time off,” Merriman said.. “No matter if he’s getting ready for next year, so he he has at least two three months to train. They can have a fight during the offseason and AB can get ready for training camp.”

But Merriman warns that no matter how good an athlete Brown is, he’s heading into uncharted waters.

“Football, everything is about how much weight you can lift, how fast you can get from point A to point B. But in the second or third round, you are gassed if you haven’t been training,” he continued. “And I don’t care what sport you play, you have to be trained at combat sports, in order to be ready to fight.”

Paul said in January that he is eager to face Brown.

“I am so f—ing in,” he said. “From a sheer entertainment standpoint, I don’t think there’s anything more exciting. It’s on AB — does he really want that smoke? Or did he get his little [clout] check mark for January?”