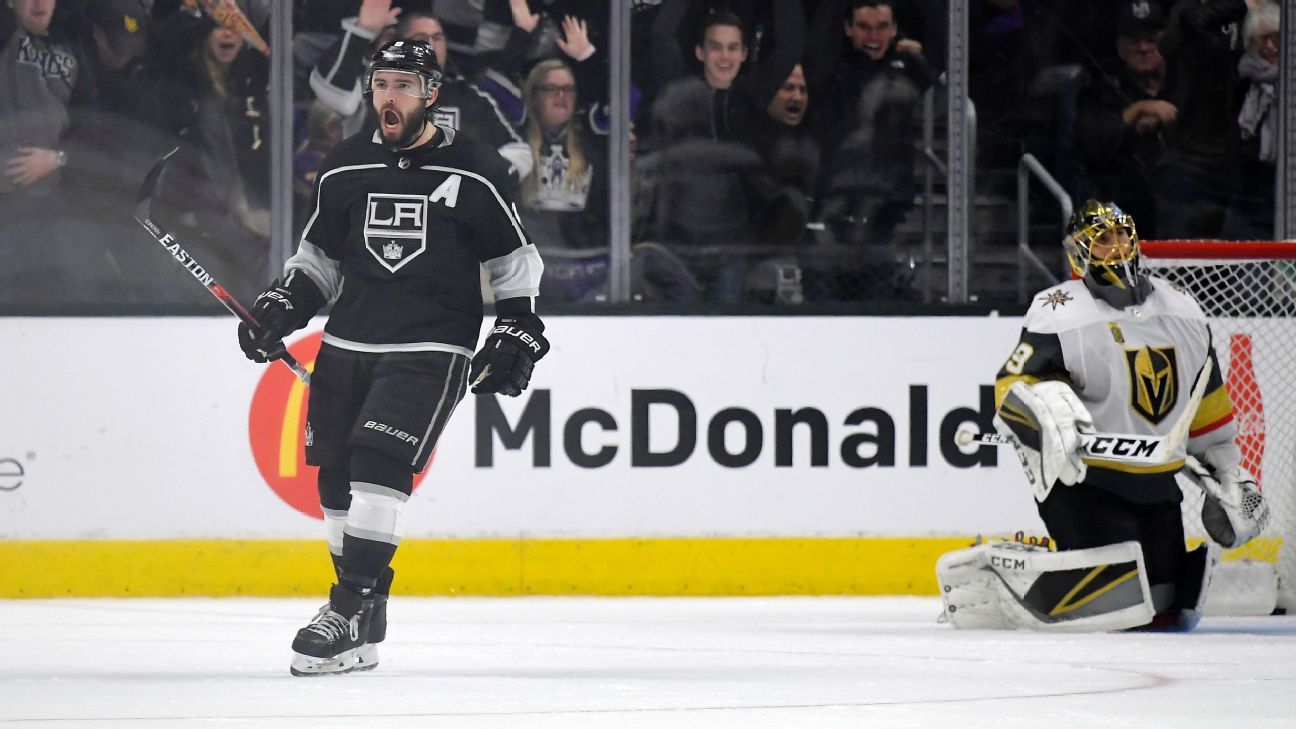 Coach Todd McLellan said Doughty will not play Wednesday night against the Lightning because of an undisclosed injury. Doughty, who has not practiced since leaving practice early Sunday, will likely miss the second game of a back-to-back at the Arizona Coyotes on Thursday.

The Kings are targeting their home game against the Anaheim Ducks on Saturday for Doughty’s return, McLellan said.

Doughty had played in 460 consecutive regular-season games since the start of the 2014-15 season, the fifth-longest active streak in the NHL.

Doughty ranks second in the NHL in minutes played this season, averaging 26:03, and he leads all Kings defensemen with six goals and 21 assists in 50 games.

Los Angeles will also be without defenseman Derek Forbort against the Lightning after he missed practice Monday because of a back injury that forced him to miss the first 43 games of this season.

Doughty and Forbort will not play in the first sporting event at Staples Center since former Los Angeles Lakers guard Kobe Bryant, his daughter Gianna, and seven others died in a helicopter crash in Calabasas, California, on Sunday. Bryant wore No. 8 and 24 during his 20 seasons playing for the Lakers, the same numbers Doughty (No. 8) and Forbort (No. 24) wear for the Kings.