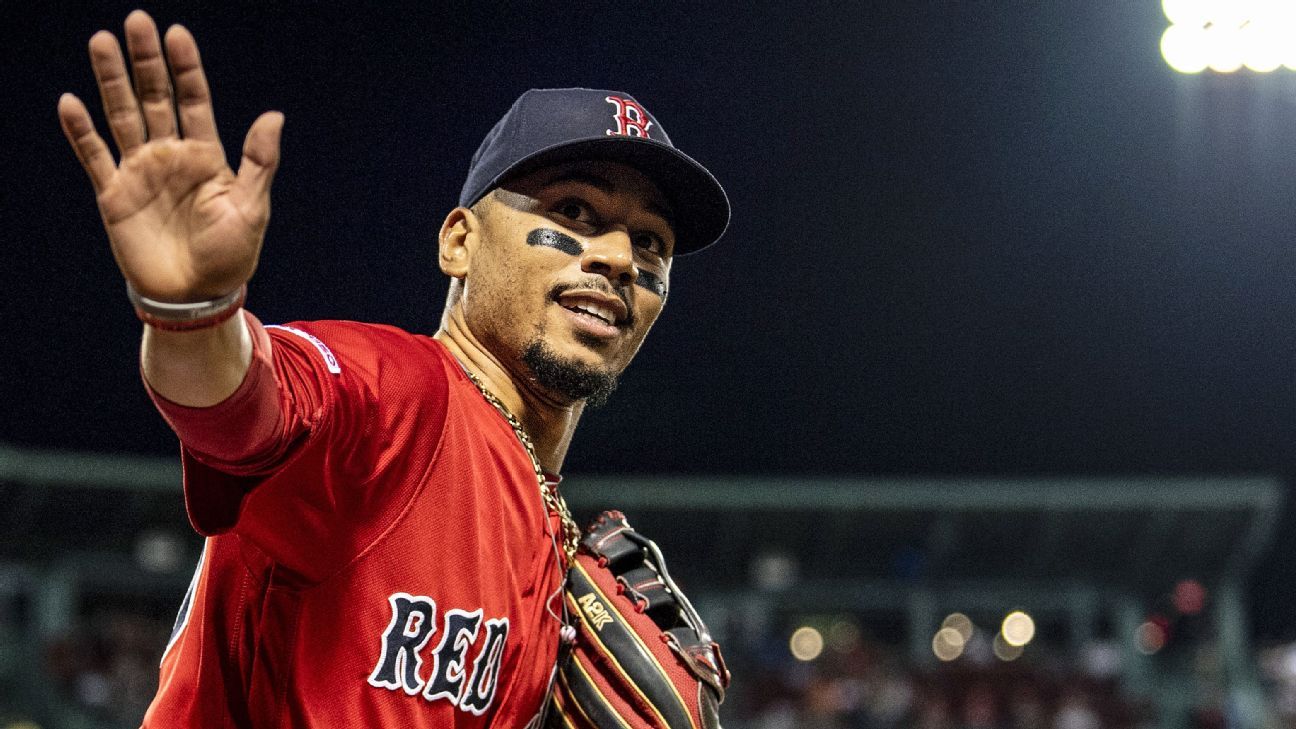 We have a legitimate blockbuster trade, as the Los Angeles Dodgers acquired Mookie Betts and David Price from the Boston Red Sox.

Winners of seven consecutive National League West titles but still looking for their first World Series championship since 1988, the Dodgers added one of the top five position players in the game, although Betts can be a free agent after the 2020 season.

ESPN baseball writers Bradford Doolittle and David Schoenfield break it all down:

Did the Dodgers just make the biggest move of the offseason?

Doolittle: Everything we say here is prefaced by the fact that we have to look at this as a one-year proposition for the Dodgers. Betts, 27, has been adamant about going into the open market after this season and given the possibility of a contract in the $300 million-$400 million range, and who could blame him? The Dodgers will be as likely to land Betts as anyone, but we can’t assume that this is anything more than a one-year marriage.

That being the case: I don’t think this trumps the Yankees’ signing of Gerrit Cole as the biggest transaction of the winter. I’d also rate the impact of the Angels’ signing of Anthony Rendon ahead of this. In both case, those teams were getting many years of impact production. For the Dodgers, it’s all about whether Betts gets them over the hump this year so they can end that championship drought.