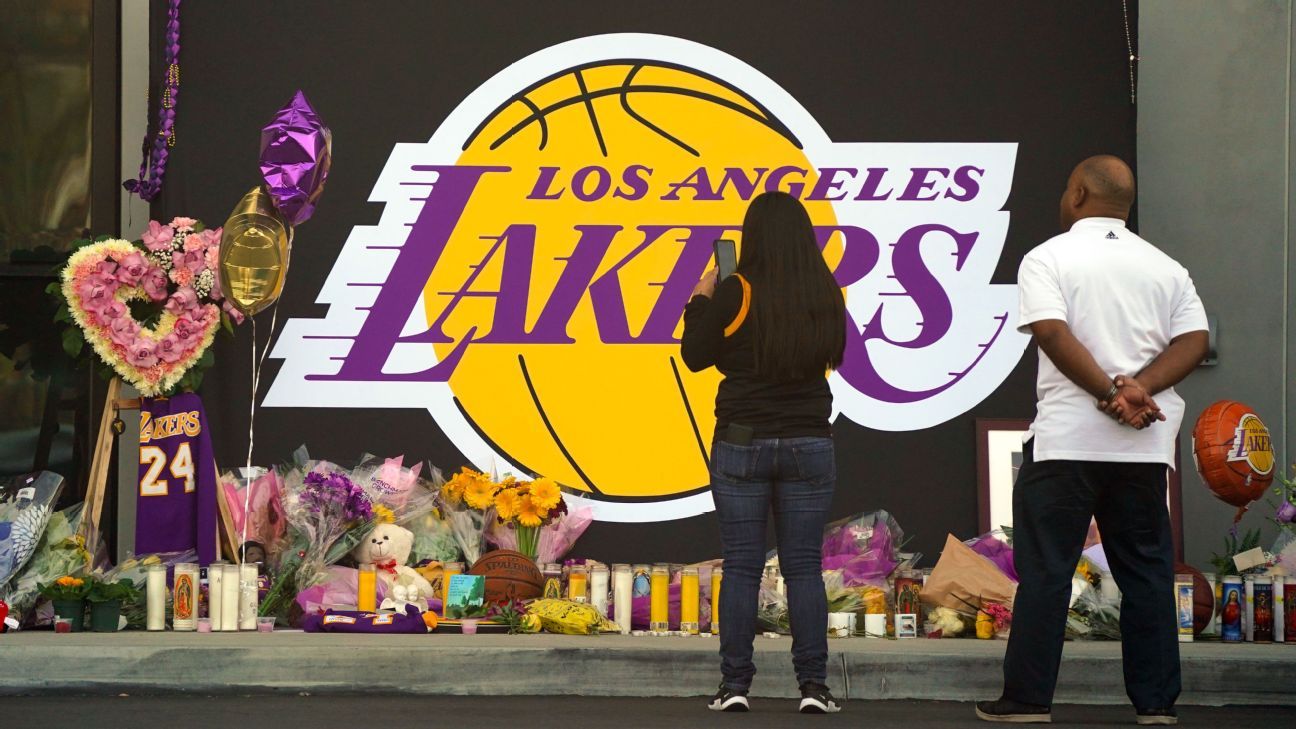 LOS ANGELES — Before moving forward, the Los Angeles Lakers had to take a look back.

The Lakers gathered their players and coaches at the team’s practice facility in El Segundo, California, on Tuesday for the first time since Kobe Bryant, his 13-year-old daughter, Gianna, and seven others died in a tragic helicopter crash Sunday.

Following a light workout and optional shootaround, the team gathered for a luncheon and an impromptu story session broke out, sources told ESPN, with players and staffers — from ownership on down in attendance — taking turns retelling their favorite Bryant memories.

One of the highlights was when LeBron James, sources said, took the room back to the 2008 Beijing Olympics gold-medal game when he and Bryant teamed up on Team USA against Spain, featuring Bryant’s Lakers teammate Pau Gasol.

James recalled in amazement the moment, just a few possessions into the game, when Bryant “blew up” Gasol when Gasol was setting a screen — he just ran straight through him, putting Gasol on the hardwood.

James said his reaction at the time was along the lines of, “Oh, wow, you’re going to have to play with this guy next season …”

That’s when the Lakers’ director of sports performance, Dr. Judy Seto, chimed in to explain that the over-the-top contact from Bryant was all calculated. Seto, who traveled with Bryant to the Olympics as his physical therapist and worked in a similar capacity for the Lakers back then, explained how L.A. was just months removed from an NBA Finals loss to the Boston Celtics, and Gasol was labeled “soft” because of mediocre play with the title on the line.

By mowing down Gasol, Seto explained, Bryant wasn’t just trying to get in Gasol’s head for the medal game, he was planting the seed for Gasol to obsess over what he needed to improve on for the upcoming season so that L.A. could win it all, which it did.

To bring the point home further, Bryant hung his gold medal in Gasol’s locker at the start of training camp the following fall.

Of course, the story behind the story that James shared, according to league sources, was that James and Bryant were battling for alpha dog status not only on that team but for that perch atop the entire league. And now, years later, it is James filling in for Bryant to occupy that position for the franchise.

As different members of the organization took turns speaking, the team enjoyed a spread prepared by Lakers chef Sandra Padilla, and they even raised glasses of wine as a toast to Bryant’s legacy. At one point, players had a separate breakout session of their own, sources said.

It was viewed as an important first step toward a return to normalcy, sources told ESPN, as the organization continues to reel from the loss of Bryant.

Those in the Lakers’ traveling party hadn’t seen one another since they exited onto the tarmac Sunday following a cross-country flight at the end of their five-game road trip, the Bryant news still fresh in their mind.

Tuesday was seen as a “centering” moment by several sources within the organization.

It echoed the stories being swapped throughout the organization since Sunday’s crash — some sad, some sweet.

Nick Mazzella, the Lakers’ director of pro personnel, revealed his favorite Bryant memory from when he took his then-fiancée, Susan, out to a late dinner at Benihana during one of the team’s preseason trips to Hawaii. Bryant and several of the team’s security personnel rolled in behind Nick and Susan and waited for the restaurant to clear out before approaching Mazzella’s table. “Ma’am, do you have any idea who you are sitting next to? That’s Nick Mazzella! He’s the best guy, and he’s going to go far,” one of them said.

Mazzella, telling the guys he and Susan were already engaged, told them they could stop laying it on so thick. Bryant, undeterred, kept going. “Hi, I’m Kobe,” he said, and extended his hand out to greet Susan. “Congratulations, that’s so great. Marriage is the best. It’s such a blessing.”

Mazzella told other longtime members of the organization it made him and Susan “feel on top of the world.”

With the Lakers’ world turned upside down since Sunday, the two-hour gathering provided some healing and appreciation.

“Everybody in the company has a Kobe story or their version of a Kobe story,” a team source told ESPN. And Tuesday they all began to write the story of how they would cope after the tremendous loss of Bryant.