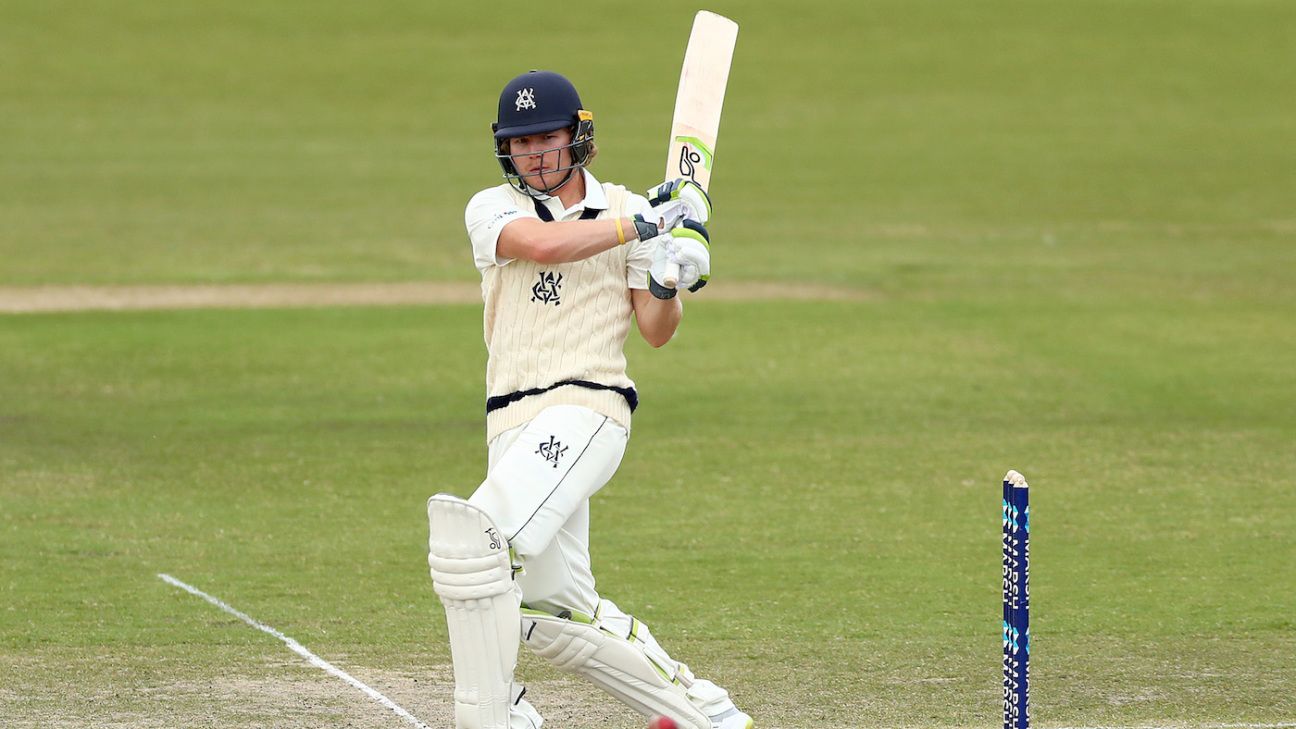 Will Pucovski will make his return to representative ranks after taking his most recent mental-health break ahead of the Test summer against Pakistan and New Zealand, as captain of a Cricket Australia XI. The side will face the England Lions in a three-match 50-over series to begin their developmental tour of Australia in February.

Having been considered extremely close to selection for his first Test in November, Pucovski chose to withdraw himself from contention for the team while playing in a pre-series tour match against the Pakistanis in Perth.

After subsequently playing for Victoria, Pucovski has been spending the Big Bash League playing club cricket in Melbourne and also leading the Victorian second XI in a Twenty20 carnival. He will now take the leadership reins of a mix of young fringe players and more experienced types such as Jake Lehmann and Alex Ross. Will Sutherland has also been included in the squad to play three limited-overs matches on the Gold Coast on February 2, 4, and 6.

“It is pleasing to see Will Pucovski back in a national squad,” the national selector Trevor Hohns said. “Will has progressed well over the course of the summer and recently captained the Victorian second XI in a Twenty20 tournament in Queensland. These three games are an invaluable opportunity for Will to gain more captaincy experience against quality opposition.

“Several members of the squad will be joining the CA XI fresh from the Big Bash League, while others will be arriving from state-based competitions. The matches against the England Lions provide them all with an opportunity to impress national coaches and selectors as we look to plan ahead for the future.

“Among the more experienced members of the squad is Cameron Boyce. Cameron thoroughly deserves his opportunity after several good years in domestic 50- and 20-over cricket, most recently with the Melbourne Renegades, for whom he took 14 wickets this BBL season.”

The England Lions tour is seen as a pivotal part of the ECB’s preparations for the 2021-22 Ashes series in Australia, with long-form matches also to be played against New South Wales and Australia A. In Pucovski, the tourists may also be seeing a player quite likely to be part of Australia’s Test team by then.

5 ejected after punches thrown in Magic-Wolves
Wolves’ Edwards ‘ain’t tripping’ over missing ASG
‘This is the happiest time for me’: Inside Fedor Emelianenko’s last hurrah in MMA
Red Bull set to announce Ford engine partnership deal with US car giant
Kansas happy to avenge road loss to K-State