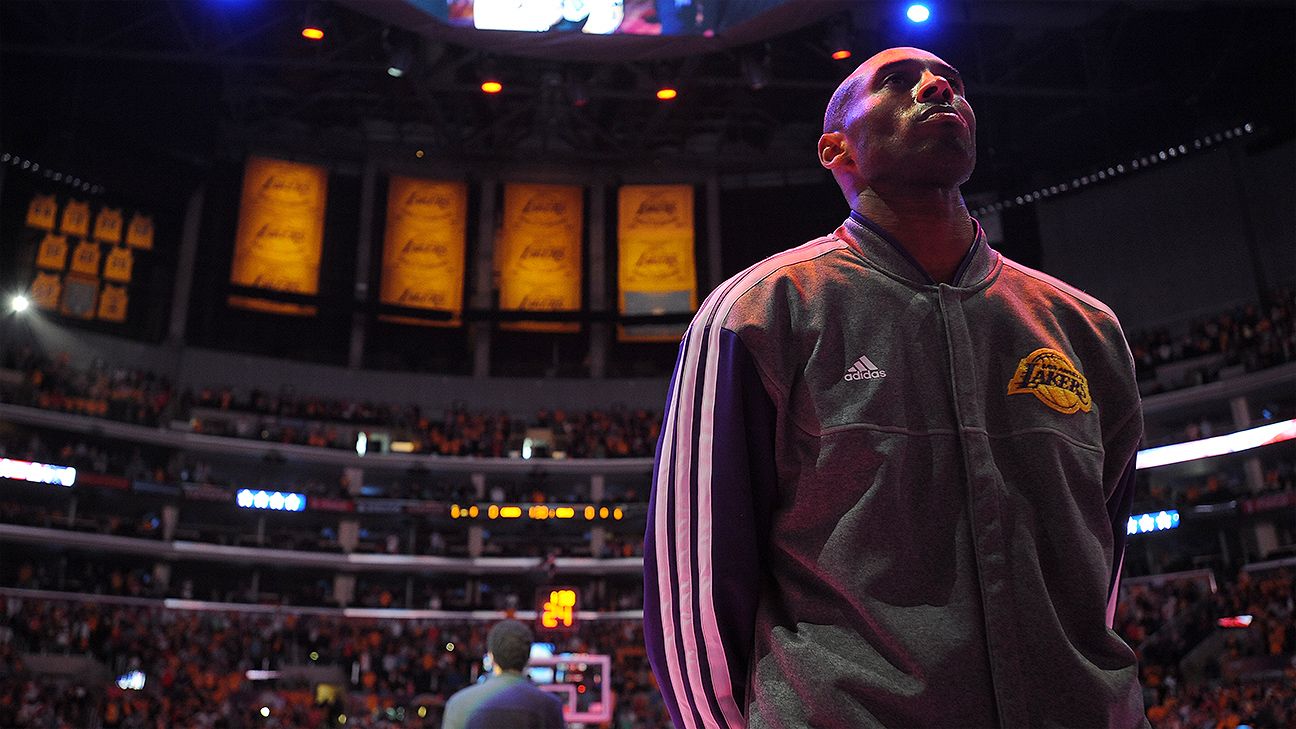 Los Angeles Lakers legend Kobe Bryant died Sunday at age 41. Bryant and his 13-year-old daughter, Gianna, were among nine people killed in a helicopter crash in Calabasas, California, a source confirmed to ESPN.

Bryant entered the NBA straight out of high school in 1996 and won five championships and one regular-season MVP award. Across the world, players, coaches and fans mourned Bryant’s death, with multiple teams opening their games with back-to-back 24-second violations.

The Lakers-Clippers game scheduled for Tuesday has been postponed “out of respect for the Lakers,” according to the NBA.

Find all of ESPN’s coverage on Bryant, the Lakers and the reaction around the NBA here.

Kobe had the skill and knowledge to be any kind of player he wanted to be. — Zach Lowe

Kobe approached his post-basketball life with the same Mamba Mentality he displayed as a player: an audacious, unyielding will to motivate the next generation. — Ramona Shelburne

In WNBA players, Gianna Bryant saw what she hoped to be. In her, the players saw who they once were and the future of their sport through her eyes. — Mechelle Voepel

Elle Duncan tells the story of when she met Kobe Bryant and how he told her he loved being the father of daughters.

An emotional Tracy McGrady details how important Kobe Bryant was to the beginning of his career and shares how special Kobe’s daughter Gianna was.

From the archive: ESPN writers on Kobe