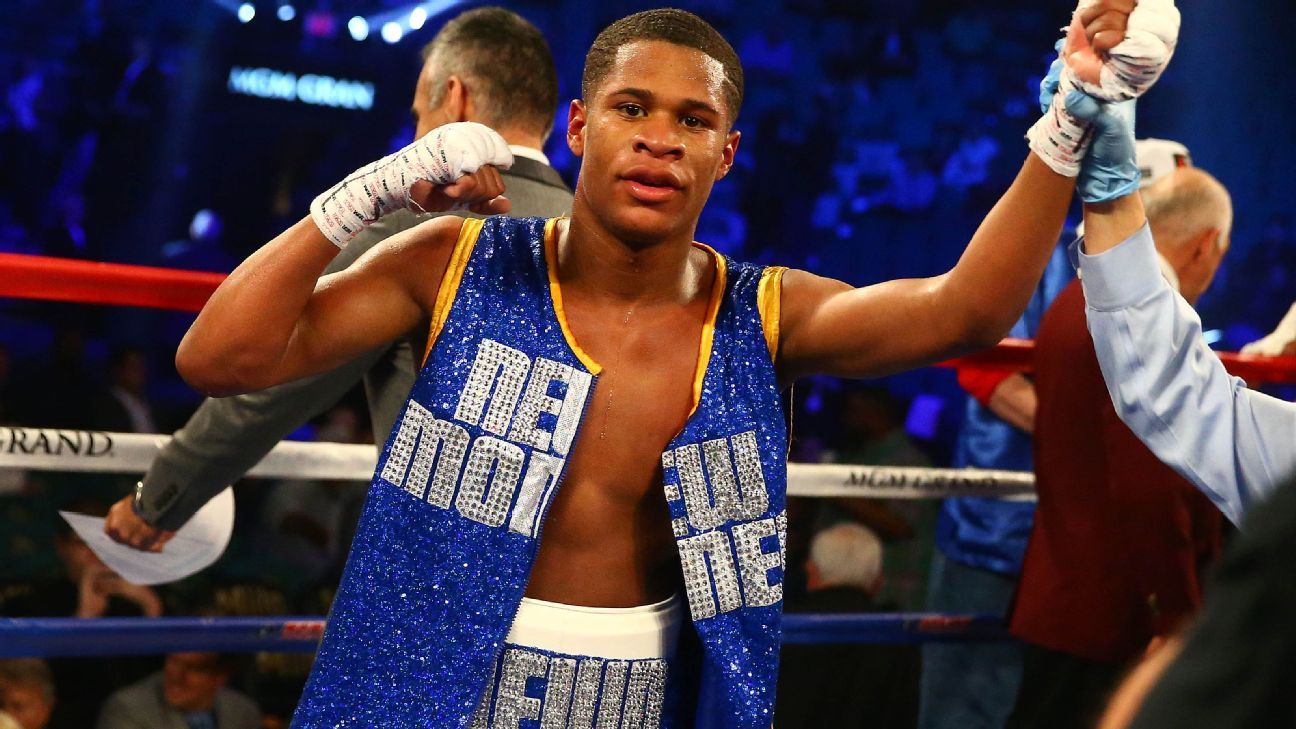 Former lightweight world titlist Devin Haney, recovering from shoulder surgery, told ESPN on Wednesday that he is on course for a ring return this summer.

“My shoulder is good, it’s healing up,” Haney said from Miami, where he was doing media rounds along the Super Bowl’s radio row with plans to attend the fight card being put on there Thursday night by Matchroom Boxing, his promoter. “I started my physical therapy. Pretty soon I’ll be back in the ring, late June or early July.”

Haney claimed a vacant interim lightweight belt in September with a fourth-round knockout of Zaur Abdullaev and was later elevated to a full titleholder when Vasiliy Lomachenko accepted the WBC’s honorary “franchise champion” designation. Haney defended the title by shutout decision over Alfredo Santiago on Nov. 9 but suffered a right shoulder injury in the bout that required surgery. But Haney said he is on the mend and eager to fight again.

Because Haney was sidelined with the injury and unable to make a mandatory defense in a timely fashion, the WBC stripped him of the title. Javier Fortuna and Luke Campbell came to terms this week to meet for the vacant belt. However, Haney was named by the organization as its titleholder “in recess,” which means when he is healthy he can get an immediate title shot if he seeks one.

Haney (24-0, 15 KOs), 21, of Las Vegas, has talked about moving up to junior welterweight but said he would like to stick around at lightweight for a bit longer.