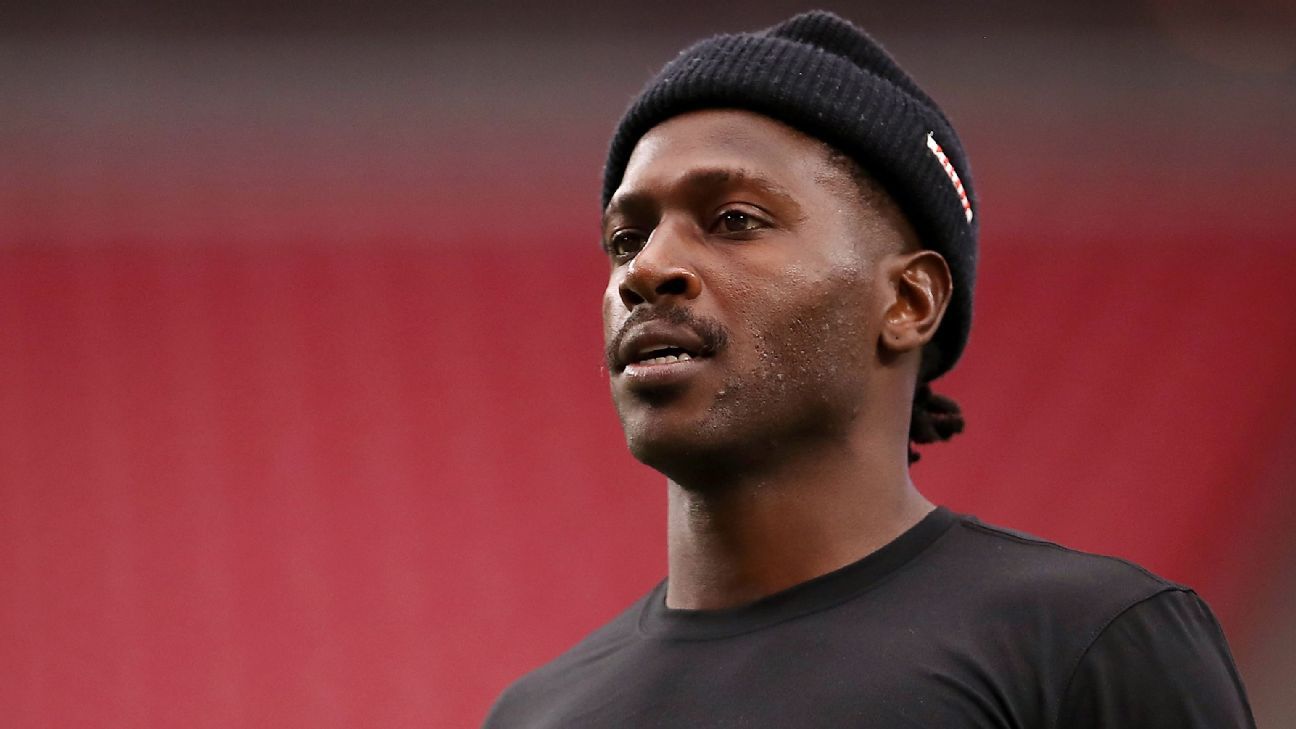 MIAMI — NFL commissioner Roger Goodell has watched the recent transgressions of free-agent receiver Antonio Brown and his primary attention right now is on Brown’s health — not his potential return to the league.

“The first thing always is to think about the well-being of Antonio, to understand what Antonio is going through,” Goodell said in his state-of-the-league news conference Wednesday. “We don’t talk about the wellness of our players publicly, but I can tell you that you can be sure that the NFL and NFLPA have tremendous amounts of resources available to all players. They are going to be made available to Antonio.”

Brown was arrested and charged last week by Hollywood, Florida, police with felony burglary with battery, burglary of an unoccupied conveyance and criminal mischief. Officials responded on Jan. 21 to a disturbance call in which the moving-truck driver said Brown and his trainer, Glenn Holt, assaulted him outside Brown’s home.

Holt was arrested and charged with one count of burglary with battery, but officials couldn’t make contact with Brown at the time. Two days later, Brown turned himself into police.

“We want to help get him on the right track, get him in a position where he can be successful in life. We are confident that can happen,” Goodell said. “We want to work hard to do that. From our standpoint, that is the first step. The first step is making sure that we’re doing everything to help Antonio.”

A Florida judge freed NFL free agent Antonio Brown from house arrest Tuesday, allowing him to travel freely as he awaits trial on charges that he attacked the driver of a moving truck.

Circuit Judge Michael Usan agreed to let Brown travel freely within the United States so he can fulfill contractual obligations, which include Super Bowl week-related appearances. Instead of wearing an ankle GPS monitor, Brown, 31, will have to check in with court personnel daily.

His $110,000 bail remains in place and he still must surrender his passport, possess no weapons or ammunition, and submit to a mental health evaluation and random drug testing.

A lot of attention has been put on the mental health evaluation after multiple people close to Brown, including his former agent Drew Rosenhaus, have called for him to seek help.

“I put myself in a bad predicament,” Brown told USA Today Sports on Tuesday, after his latest court hearing. “I’m out of it now, man. Unfortunate situation, but we don’t make excuses and we’re going to make the best of it.”

He said he felt bad for kids who look up to him.

“I’m going to make them proud, man,” Brown said. “I’m planning to come back to the NFL.”

Brown was one of the NFL’s top wide receivers during his nine seasons with the Pittsburgh Steelers. He was traded to the Oakland Raiders last year, but after several off-the-field incidents, he was released before playing a regular-season game. He then signed with the New England Patriots, who released Brown in September after a second woman in a span of 10 days accused him of sexual misconduct.

According to a police arrest report, the altercation began as an argument over Brown’s refusal to pay $4,000 to the driver to release his household goods. The driver called police and reported vandalism after he said Brown threw a rock as he drove away, causing a small dent and chipping the paint, an officer wrote.

The driver later returned when the manager of his company told him that Brown would now pay the $4,000 and an additional $860 for the damage and the driver’s time. Brown then paid the $4,000 but refused to pay the rest, so the driver returned to the van to call his company, and that’s when Brown “started another verbal argument,” police said.

They said Brown climbed into the truck and tried to pull out the driver while Holt grabbed the keys from the ignition.

Police say the driver suffered injuries including scratches on his neck, shoulder and arm, a cut on his finger and a scrape on his stomach.

Holt then used the keys to open the truck, while Brown “and other unidentified friends” began removing boxes. The boxes, however, belonged to another client, police said. When the driver told them so, Brown and the others “started tossing the items back into the truck, causing damage to some of the property,” an officer wrote.

Hollywood police were called again, and when officers arrived, Brown “retreated inside of his residence and shut the door.”