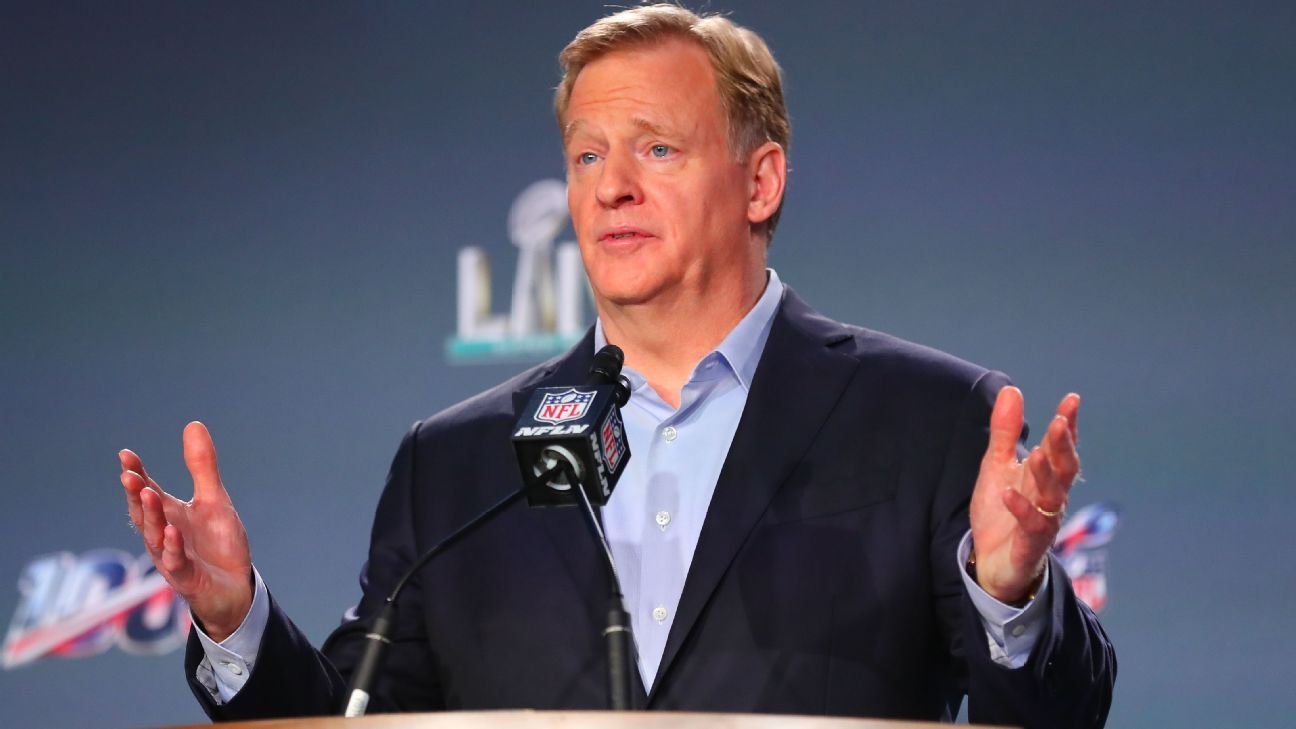 MIAMI — The NFL has a minority-coach-hiring problem, and commissioner Roger Goodell knows it.

Goodell held his annual Super Bowl week news conference Wednesday, and one of the questions he fielded was about the lack of opportunity for minority coaches. Of the five teams with head coach openings this offseason, The Washingon Redskins was the only one who hired a minority candidate, Ron Rivera. Last year, eight teams hired new head coaches, and Brian Flores of the Miami Dolphins was the only minority candidate who got one of the jobs.

“Clearly, we are not where we want to be on this issue,” Goodell said. “We have a lot of work that’s gone into not only the Rooney Rule, but our policies overall. It’s clear we need to change and do something different. There’s no reason to expect that we’re going to have a different outcome next year without those kinds of changes, and we’ve already begun engaging in those changes.”

As is his custom, Goodell offered few specifics with regard to what kinds of changes he’s discussing. But he indicated he’s soliciting a number of different outside sources to discuss whether the league needs to make changes to the Rooney Rule, the longstanding requirement that teams interview at least one minority candidate for head coach and general manager openings.

“Not just with our diversity committee, not just with the Fritz Pollard alliance, but others, and trying to figure out what steps we can take next that would lead to better outcomes,” Goodell said. “So we will have a series of meetings, which we’ve already scheduled, over the next month to get that kind of dialogue going, to continue the dialogue and to try to determine what are the solutions, so we can have those better outcomes.”

Currently, Miami’s Brian Flores, the Pittsburgh Steelers‘ Mike Tomlin and the Los Angeles Chargers‘ Anthony Lynn are the league’s only African-American head coaches. Rivera, who is Hispanic, makes it four total minority head coaches out of 32. Chris Grier of the Dolphins and Andrew Berry of the Cleveland Browns, who was just hired this week, are the only two African-American general managers.

Goodell addressed a variety of topics during his annual address, including the following:

• The prospect of expanding the regular season from 16 games to 17, as owners have proposed to the players during the negotiations on a new collective bargaining agreement.

Goodell continued to insist, as he has in the past, that the season would not be expanded but rather “restructured,” since any additional regular-season games would mean a reduction in the number of preseason games. But players of course don’t play in all preseason games, or the entirety of the games they do play, and an extra regular-season game would obviously mean an increased toll on the body and increased injury risk.

“We believe we have made the game safer; we’ve made it better,” Goodell said. “And we believe that we can restructure the seasons in a way that will be smart for the future of the game. Those discussions are in context of our labor negotiations. They’re in the context of working with our medical people. And we’ve shared all that. We continue to have that kind of dialogue with our players, and we’ll continue to have that.”

• His own future plans.

Goodell turns 61 next month and has held his current job since 2006.

“I haven’t thought about retiring,” he said. “It’s not on my agenda. We have too much to do, and I think too many great things are happening in this league right now. At some point, I am going to retire, and that day is probably closer than it was yesterday. But I’m not focused on that at all. I’m 100 percent committed to this job.”

• The league’s investigation into the New England Patriots‘ admittedly illegal videotaping of the Cincinnati Bengals‘ sideline during a game.

Larkin hopes to stay in Detroit as talks continue
Why we could have to wait until 2024 to see Artur Beterbiev vs. Dmitry Bivol in a must-see matchup
49ers’ Purdy forced to return despite hurt elbow
Pebble Beach adjusts dangerous par-4 8th hole
Lakers’ LeBron James moves to fourth place on NBA’s all-time assists list