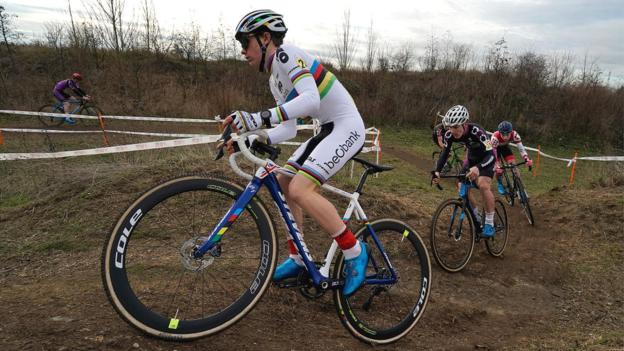 Tom Pidcock, Beth Crumpton and Evie Richards will lead the charge for Great Britain at the World Cyclo-Cross Championships in Switzerland.

Pidcock, 20, is stepping up to the elite level after winning the under-23 world title last year.

“We’ve seen Pidcock really get to grips with racing against the world’s best men this season,” said GB Cyclo-cross coordinator Matt Ellis. “He’s very much looking to peak at these world championships, which I am confident he is capable of.”

Ben Tulett, 18, last year’s junior world champion, will race in the under-23 event.

In the women’s events, two-time under-23 women’s champion Evie Richards will compete in the elite women’s race alongside Beth Crumpton.

Anna Kay, who finished third in the final event of the Under-23 World Cup series to finish eighth overall and Thomas Mein, who finished fourth overall in the World Cup, are among the young British riders to watch in Dubendorf.

British Cycling’s approach of having all disciplines under one roof is paying off, according to Ellis.

“We’ve got a real mix of background talent. Millie Couzens and Oli Stockwell are from the track endurance junior academy, Anna Flynn and Corran Carrick-Anderson are members of the mountain bike development squad,” he said.

“It’s great to see the number of riders within the squad who can transfer their skills across disciplines at such a high level.”