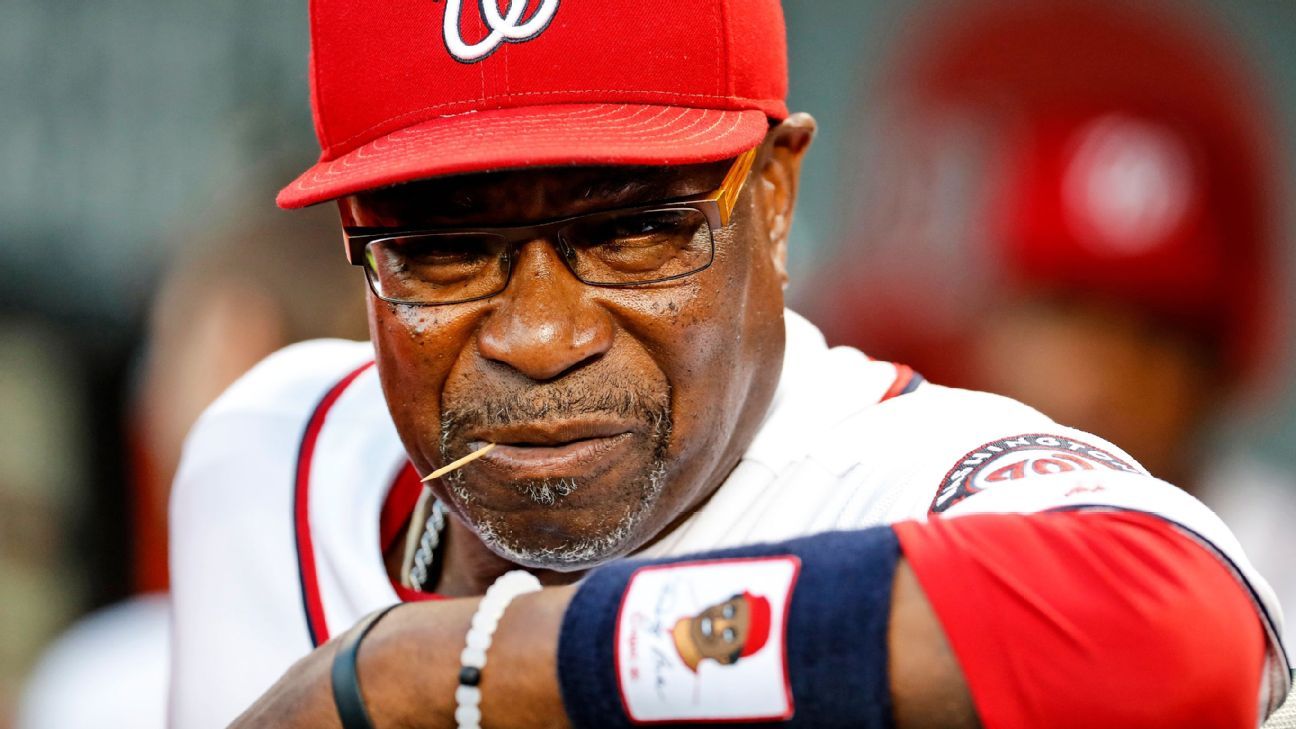 Dusty Baker has been hired as the new manager of the Houston Astros, owner Jim Crane announced Wednesday.

The deal is for one year and includes a team option for the 2021 season, a source told ESPN’s Jeff Passan on Wednesday. Baker will be formally introduced by the team at Minute Maid Park on Thursday.

“Throughout his successful career, Dusty has embodied the qualities that we were looking for in a manager,” Crane said in a statement. “He’s a winner, and more importantly, a strong leader who has earned the respect of not only his players, but of virtually everyone that he has touched in baseball. We’re extremely excited to name Dusty as the new leader of our ballclub.”

Baker, 70, becomes the oldest manager in the major leagues. Having last managed the Washington Nationals in 2017, he ranks 15th in career wins with a 1,863-1,636 record over 22 seasons. He guided the San Francisco Giants to the National League pennant in 2002.

Since 2018, Baker, a three-time NL Manager of the Year, has served as a special adviser to Giants CEO Larry Baer, working in both the baseball and business operations of the club.

“I’m extremely thankful for this opportunity,” Baker said in a statement. “This is a great ballclub with outstanding players that know how to win. I applaud Jim Crane for the leadership he has shown in recent weeks and look forward to working with him and the players to bring a championship to the city of Houston.”

Baker will replace AJ Hinch, who was fired along with general manager Jeff Luhnow on Jan. 13, following Major League Baseball’s findings that the team illicitly used electronics to steal signs during its run to the 2017 World Series championship and again during the 2018 season.

Prior to being fired, Hinch and Luhnow were suspended for a season as a result of MLB’s investigation. The team was also fined $5 million and forced to forfeit four draft picks within the first two rounds of the next two drafts.

The investigation by MLB determined the Astros used a center-field camera for real-time video of catchers’ signs and subsequently banged a trash can to alert their hitters of incoming pitches, confirming comments made by pitcher Mike Fiers to The Athletic a few months earlier.

The sign-stealing practice — which also included the more conventional method of using the video replay room to decode signs and relay them to a runner on second base — extended into the 2017 postseason, when the Astros ultimately defeated the Los Angeles Dodgers in Game 7 of the World Series.

In the days after MLB doled out its punishments, Alex Cora, a bench coach for the 2017 Astros who went on to manage a Boston Red Sox team caught up in similar allegations, was fired. So was Carlos Beltran, a key veteran player on that Astros team who had just been named the New York Mets manager in November.

The Mets have since hired Luis Rojas as manager, and the Red Sox still have not filled their vacancy.

Joe Espada, who was a candidate for the managerial job, will remain on the Astros’ staff as Baker’s bench coach, according to a report by MLB.com.

Baker takes over a team that should be a favorite to again contend after winning 100-plus games in three consecutive seasons. Only once has Baker reached that milestone during his managerial career — when the Giants won 103 games and missed the playoffs in 1993.

He also will manage the American League during the 2020 All-Star Game at Dodger Stadium, where he won a World Series as an outfielder for the Dodgers.

If Baker were to take the Astros to the postseason in 2020, he would become the first manager in MLB history to lead five different teams to the playoffs.

According to the Elias Sports Bureau, Baker becomes just the third manager in MLB history to be hired at the age of 70 or older, joining Casey Stengel, who was 71 when he was hired by the Mets in 1962, and Jack McKeon, who was 80 when hired by the Marlins in 2011.

Baker also becomes the first since the AL was founded in 1901 to manage 3,000 games in one league before managing a single game in the other.

Baker had a 19-year major league career as an outfielder and was a two-time All-Star. He began his career with the Atlanta Braves and played for the Dodgers, Oakland Athletics and the Giants. He was selected MVP of the 1977 NL Championship Series and won a Gold Glove in 1981, when he helped the Dodgers to a World Series title.