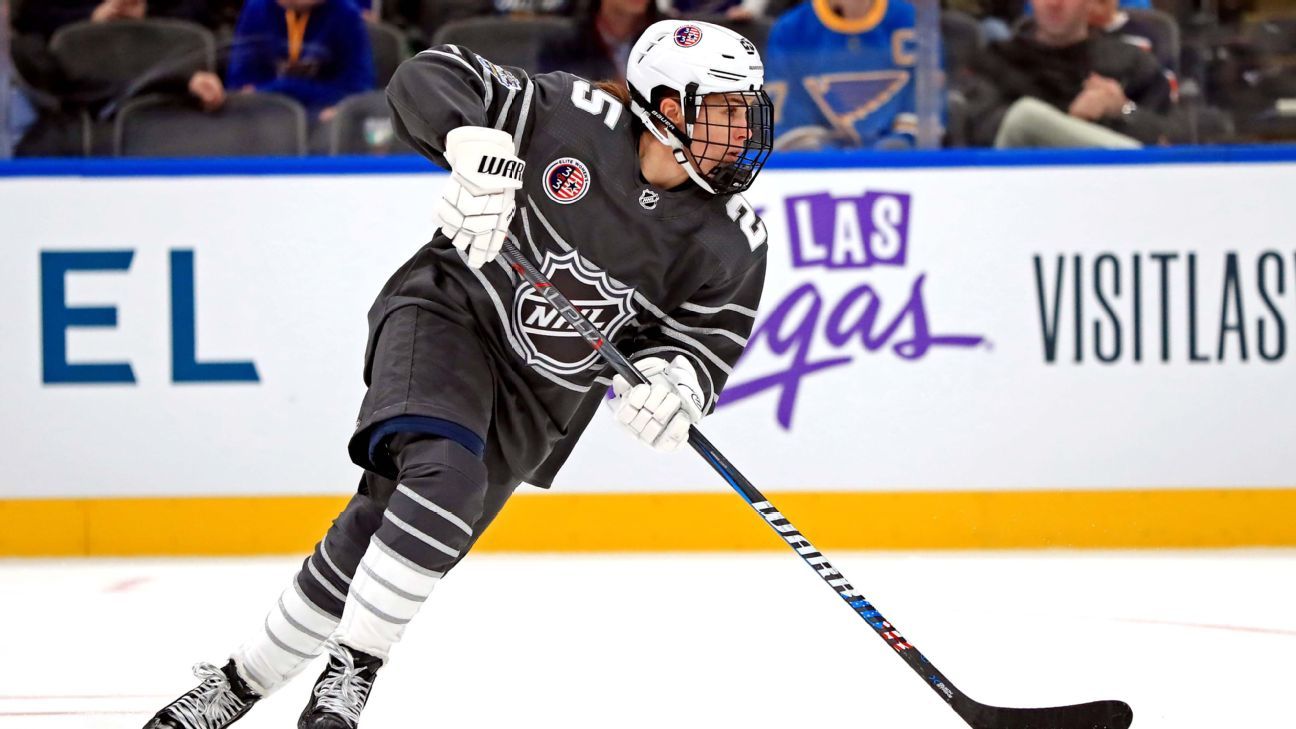 MOSCOW — When U.S. national team defender Megan Bozek signed with the Shenzhen KRS Vanke Rays of the Russian-based Women’s Hockey League in November, she met the team in Nizhny Novgorod, Russia, for an away game. Bozek and fellow American teammate Alex Carpenter dropped off their equipment at the hotel’s front desk.

The next day, before the game, Bozek asked Carpenter: “Do we have to grab our bags?”

“What do you mean?” Carpenter replied. “They’re already at the rink.”

Bozek was taken aback: “Are you serious?”

“When I think of this league, I think of little things like that — what is normal for a professional athlete,” Carpenter says. “But nobody had done them for us in the past, so it doesn’t seem normal.”

In 2015, the KHL — Russia’s top men’s hockey league — began backing women’s professional hockey. There are eight teams in the WHL — seven in Russian cities and one in China, which was absorbed from the now-defunct CWHL. The KHL shares its resources with the women, everything from arenas to trainers to promotion (for example, they discuss women’s hockey often on KHL TV, which is the Russian equivalent of NHL Network). Earlier this month, the KHL put on an outdoor All-Star exhibition for women’s hockey players and celebrities in Moscow’s Red Square, a pricey endeavor that attracted some 3,000 spectators. There was no equivalent men’s event.

“As long as I am the president, women’s hockey will be in the budget of the KHL,” KHL president Dmitry Chernyshenko said in an interview earlier this month. Shortly after, Chernyshenko accepted a job in the Kremlin as a deputy prime minister, so the KHL is searching for a replacement. Chernyshenko, however, noted that support of women’s hockey is all part of the KHL’s holistic approach. The KHL also sponsors junior teams, which is a talent feeder to their professional clubs.

“Few people are supporting women’s hockey like this,” says former Northeastern University forward Rachel Llanes, who played in both the NWHL and CWHL before joining the WHL this season. “That’s what I’ve found being here. The KHL supporting each of their women’s teams is awesome and great to see. I wish that the NHL would step in and do the same, and I’d like to be a part of that someday, but for now, I like the spot I’m at. I’m grateful it exists.”

What’s more: Carpenter and Llanes both said they are making a living wage in the WHL, and the salary would even be considered a living wage in America. The WHL does not disclose salary figures, and it is important to note that both Carpenter and Llanes are playing for the Chinese team, which is subsidized by the Chinese government to build hockey before the 2022 Olympics in Beijing. Nevertheless, Carpenter said she believes a “decent amount” of the Russian players make living wages too. “I think it depends on the team,” she said. “But they are making more than you can [in America.]”

All Russian national team players currently play in the WHL, and Chernyshenko said the country views the WHL as a development model outside of world competitions. Yekaterina Lebedeva, a Russian national team player and captain for Agidel Ufa, has been in the WHL since its inception. “Growing up, I never imagined I could be able to make a salary playing this game,” Lebedeva said through a translator. “But that is a real possibility now.”

North America is a powerhouse in women’s hockey. Either the United States or Canada has won every World Championship since 1990. Yet when it comes to professional women’s hockey, both countries are in flux. The Canadian-based CWHL folded last year, citing an unsustainable business model. That left the American-based NWHL as the only pro league in North America. And although the NWHL is growing by many metrics this year, players still do not earn a living wage in that league, as most hold full-time jobs away from the rink. Roughly 200 women’s players — including most Olympians — are boycotting the NWHL this season, hoping for something “more professional.” And they’ve alluded to wanting the NHL to help back a new league.

It is Russia that is setting the model.

“We’ve said all along — and you look at the history of women’s startup leagues and where they’ve had success — being associated and working with the male league has shown us that it can be very successful,” said 2018 U.S. Olympic captain Meghan Duggan, one of the boycotting players. “Is that the only way? Of course not. But our relationship with the NHL is certainly important to us.”

That’s exactly what women in the WHL are finding.

“When it started five years ago, the interest was nothing,” Lebedeva said. “Nobody wrote about it. Nobody took pictures of the game. Nobody knew about me playing in it besides maybe three neighbors. Now there is great progress. Because of the internet — Instagram, Facebook, all the networks — plus support of the KHL, so many more people know about women’s hockey and the interest is huge.”

Source: Zion (hammy) out through All-Star break
Atsu rescued after Turkey earthquake – club VP
No-show minor league hockey team has to forfeit
Stacking the NFL’s best QB bargains: How both Super Bowl starters land at the top
Better than Kareem, Wilt or Jordan? Where does LeBron James stand in the fantasy basketball pantheon?