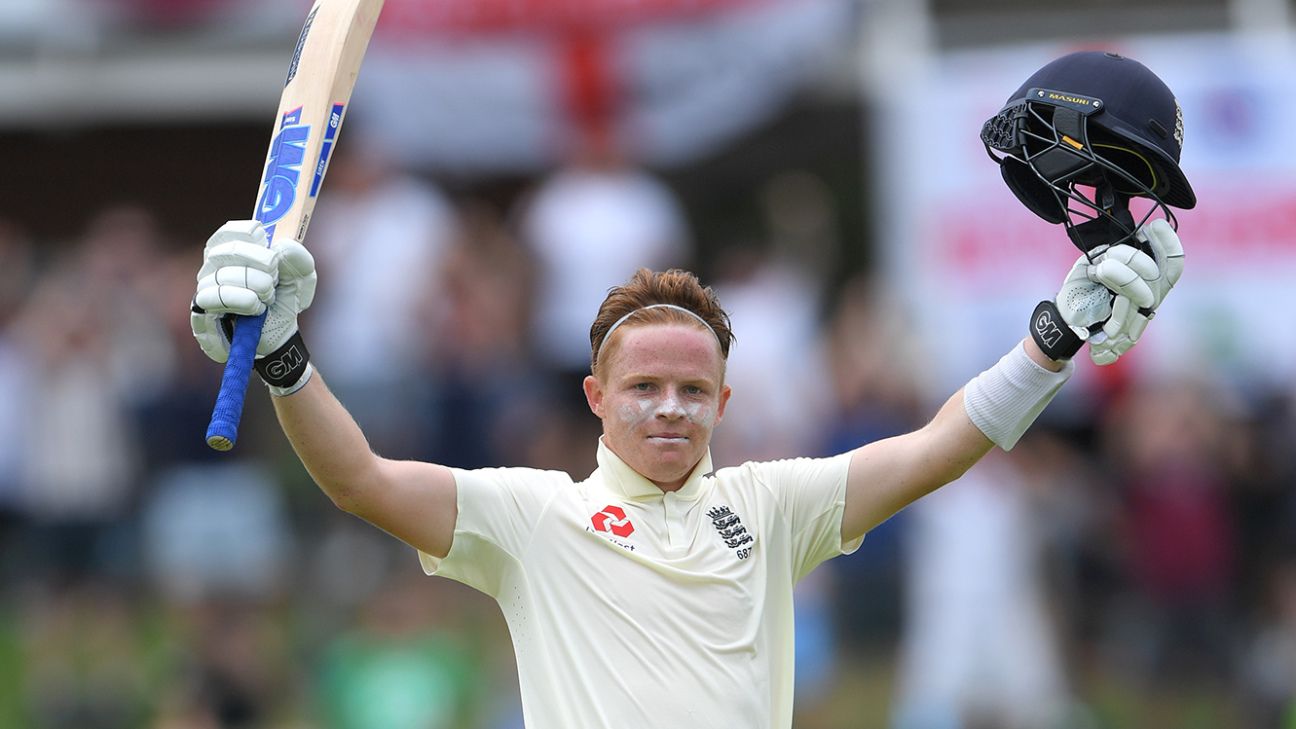 Ollie Pope has said he is ready for the step-up in scrutiny following his breakthrough series in South Africa, and believes that the positive influence of Joe Root and Ben Stokes will help him to translate his impressive form in South Africa on to the slower, spinning decks of Sri Lanka in March.

In a series studded with crucial contributions from a variety of England players, established and new, Pope’s haul of 266 runs in three Tests at 88.66 was instrumental in their 3-1 victory.

He bounced back from missing the first Test through illness to record a matchwinning maiden Test hundred in the innings win at Port Elizabeth, and confirmed his reputation, at the age of 22, as one of the best young batsman in the world.

“It’s an amazing feeling,” Pope said, after England had wrapped up the series with a 191-run win at the Wanderers. “I went through all the emotions on that final day. They got a few good partnerships early on but we trusted our bowlers to go on and take the wickets, and it happened pretty quickly at the end.”

However, with England’s next Test challenges looming large in Galle and Colombo, Pope knows that he and the squad will not be able to rest on their laurels – but nor will they be allowed to, thanks to the drive for constant improvement that he said has been instilled by the captain and vice-captain.

“Looking at the guys around you, you definitely never stand still,” he said. “You’re learning from Rooty and Stokesy – they set a benchmark from a batting point of view. They’re always looking ahead, always thinking about that next series coming up and how they can prepare themselves best for that. That’s definitely what I’ll be learning to do from now on as well.”

Pope has already shown he is a fast learner in the course of his brief career. Less than three years have elapsed since he made his first-class debut for Surrey, at the age of 19, while his Test debut followed a year later, against India at Lord’s in August 2018.

He finished his first full season of Championship cricket with 986 runs at 70.42, including four hundreds, and even managed to improve on that average in his five appearances for Surrey in 2019 (561 at 80.14), despite missing the bulk of the season after dislocating his shoulder in a fielding accident.

And with all that in mind, Pope insisted he will have no qualms about the heightened expectations that come with his efforts in South Africa.

“I think you go through that whatever level you play at,” he said. “It happens in county cricket. When you’re first starting out, no one knows what you do, they might bowl to your strengths then they realise what your strengths are and bowl differently. But if I just keep working on my technique and my temperament at the crease, and whatever flaws I have got, if I can brush them out of the way then I’ll be ready to cope with whatever comes my way.”

Pope’s range of experiences made be limited, but he will at least be travelling to Sri Lanka with some prior knowledge, having been an initial member of the squad that completed a 3-0 whitewash on their last tour of the country in November 2018.

On that occasion, he proved surplus to requirements and decamped to join the Lions tour in the UAE, but he saw enough from his team-mates to know what type of approach could succeed, not least from his Surrey team-mate Ben Foakes, who was named Player of the Series after scoring a century on Test debut in Galle.

“It’s going to be completely different cricket to what it is out here from a batting point of view,” Pope said. “We play on pretty quick wickets out here and you might not face many overs of spin. In Sri Lanka, they might open with spin.

“But from that time out there, I learned that you can go about scoring runs in different ways. I saw how Foakesy went about his innings, he batted time and backed his defence and picked off bad balls. He had a lot of success, then Jos [Buttler] had a lot of success as well. He probably took the more positive option – a lot of sweeping and you look at the scoreboard and he’d be 30 off 20 before you knew it.

“There’s two different ways to go about it. I chat to people like Rooty who’ve done very well out there, and I bat in a similar tempo to him, and try to pick his brain a little bit and take that into that first Test if I do get picked out there.”

In the latter stages of his Port Elizabeth hundred, however, Pope showed he is not simply a Root clone, with a remarkable array of one-day-influenced strokes, including a ramp over fine leg off an Anrich Nortje bouncer, and a full-blooded reverse-pull off Kagiso Rabada. And when the pair came together in their century partnership at the Wanderers, it was the younger man teaching the old dog some new tricks.

“But I learn a lot off him and that’s just the way batting works. Sometimes I’ll be bogged down and grafting a bit more and other times it will come a bit easier. That morning for me, I was just moving well and it’s a shame not to go on and make a bigger one [Pope made 56] but I really enjoyed batting with him.

“My dream is to play all three formats for England,” he added. “I see myself as a white-ball player as well but our team is pretty established at the moment. They’ve got a great batting line-up, a great middle order, so if I want to get in that white-ball side I’ve got to bide my time, score my runs in county cricket and hopefully keep scoring some Test runs and that’ll look after itself.”

Pope wasn’t the only young player to make his mark in South Africa. Dom Sibley also scored his maiden Test hundred in Cape Town, while Zak Crawley seized his chance to impress after Rory Burns’ ankle injury with a series of key innings at the top of the order.

“The way this series has gone it’s been nice for Sibbers, Crawley and myself to get some game-time and get some runs as well, which has been really good for all of us going forward,” Pope said. “Obviously we’re still young guys and I think that’s what we needed – a few scores under our belts to give you the confidence to know you can do it at this level. Definitely doing it in a winning cause makes all the difference as well, from a personal point of view.”

And after a stuttering start in New Zealand, where England were ground down on slow pitches to succumb to a 1-0 series loss, the confidence in a new-look squad is tangible.

“I think it’s massive,” Pope said. “At the start of the New Zealand series we realised we’ve got a young group of players together as a team, and we knew it wasn’t going to happen overnight. Our target was to go and win this series out here.

“It’s been an amazing experience to do that. But we also realise, hopefully, it’s just the start. Looking ahead it’s been nice to get some games under our belt, and a series win and now it’s massive taking that into Sri Lanka.”