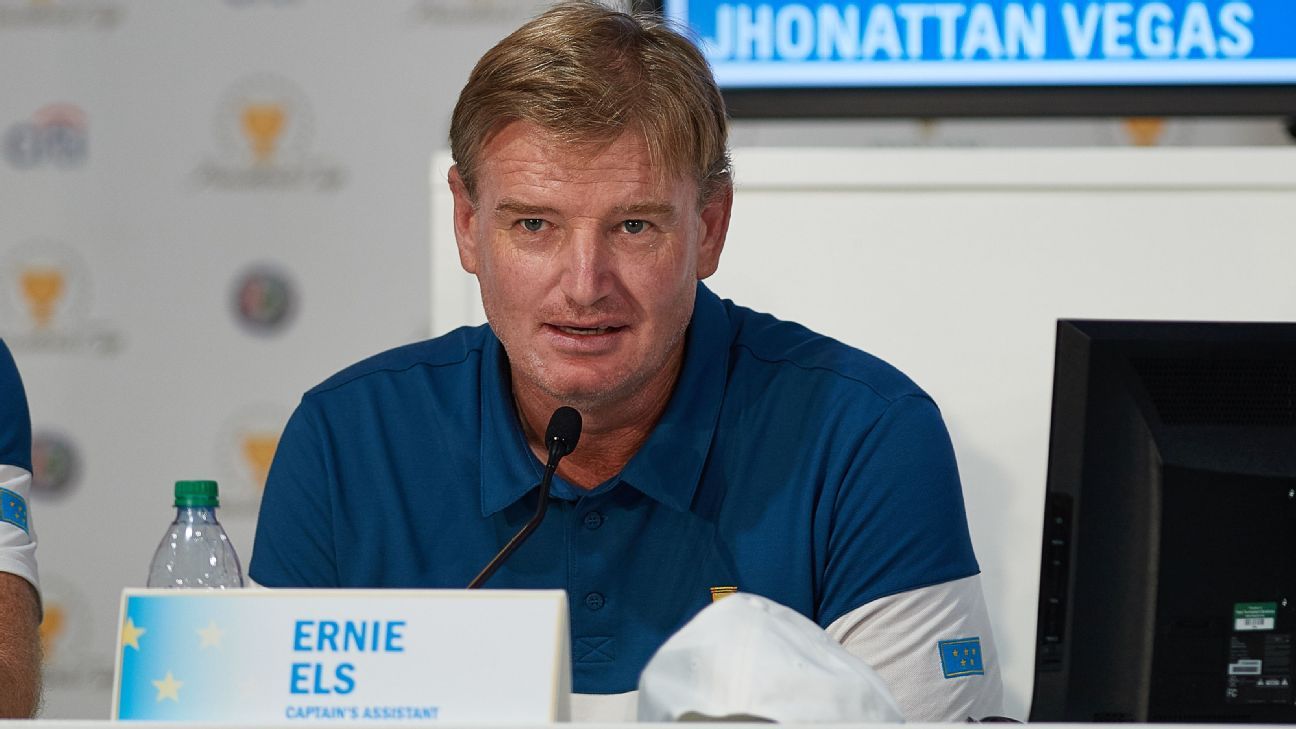 Ernie Els has a unique perspective on the proposed Premier Golf League that hopes to lure the top players in the game to a big-money, team-oriented concept.

Els, 50, strongly considered playing in a league with a similar concept more than two decades ago.

The South African, who won four major championships during his Hall of Fame career, said he “loves” the idea put forth by the World Golf Group, one in which 48 players would compete in an 18-tournament schedule for $10 million purses in each event.

But 25 years ago, Els was intrigued by a similar concept put forth by Greg Norman, one that ultimately never got started due to being in conflict with the PGA Tour and the European Tour.

“I was right in the middle of it,” Els told reporters at the Saudi International, according to the Scotsman newspaper. “I remember looking at my future knowing that if I was going with Greg — which sounded brilliant — if anything happened there was no way back for me on to the regular tours.

“So I said to Greg that for him at that stage of his career he could probably afford to do it, but I couldn’t because I would never be able to play again if it went wrong. I didn’t have to ask the [PGA] tour. It was pretty clear then that the tours weren’t going to be playing ball with the new regime, and it was a breakaway tour so it wasn’t going to work.

“It could be the same again.”

PGA Tour commissioner Jay Monahan alluded to that being the case in an email sent to players Monday.

Monahan, who was at Torrey Pines last week for a players meeting at which the subject was discussed, said the Premier League plan is set up to compete with the PGA Tour’s schedule.

“If the Team Golf Concept or another iteration of this structure becomes a reality in 2022 or at any time before or after, our members will have to decide whether they want to continue to be a member of the PGA Tour or play on a new series,” Monahan wrote.

As members of the PGA Tour, players agree to rules that limit their appearances on competing circuits. Since the proposed Premier Golf League would run from January to September, there is not a time in the schedule where events would not conflict. PGA Tour players typically can receive up to three conflicting event releases. More are granted if there are more commitments to play in PGA Tour events.

For example, when Tiger Woods plays in tournaments such as the Dubai Desert Classic on the European Tour, he needs to get a release from the PGA Tour. The same is true of the Woods-Phil Mickelson match played in 2018.

For players such as Rory McIlroy, who compete on a “home” tour such as the European Tour, they can get unlimited releases for events staged in Europe as long as they meet the PGA Tour’s 15-event minimum.

Under the proposal unveiled in an email from the World Golf Group last week, 48 players would compete in 18 tournaments over 54 holes — with shotgun starts the first two days — in an eight-month season with some $240 million in total prize money. There would be no cut, and there would be an individual and team-league format. Tournaments would have $10 million purses with $2 million to the winner, with an overall champion receiving a $10 million bonus and a $40 million team prize fund.

“I do think it has a chance,” Els said. “If the players support it, then it’s a done deal. If you have the top players in the world supporting an adventure like this it will go because that’s where television will go and the fans will follow. So it’s really up to the existing top world players.”

No. 1-ranked Brooks Koepka and defending Saudi champion Dustin Johnson both said Tuesday they have been approached about the plan but need more time to study it. Last week at the Farmers Insurance Open, Mickelson said he was “intrigued” with the idea, and McIlroy voiced caution, saying he had been approached about this more than five years ago.

“I love the PGA Tour, I love the way golf is set up right now, so it might be that — it might be the catalyst for something a little bit different out here as well, who knows,” McIlroy said. “But I certainly wouldn’t want to lose what’s been built in the last 40 or 50 years, tournaments like [Farmers Insurance], tournaments like Riviera in a couple weeks’ time, everything that we have gotten to know and love over the years. “I’m still quite a traditionalist, so to have that much of an upheaval in the game I don’t think is the right step forward. But I think it might be a catalyst for some changes on this tour that can help it grow and move forward and reward the top players the way they should be, I guess.”