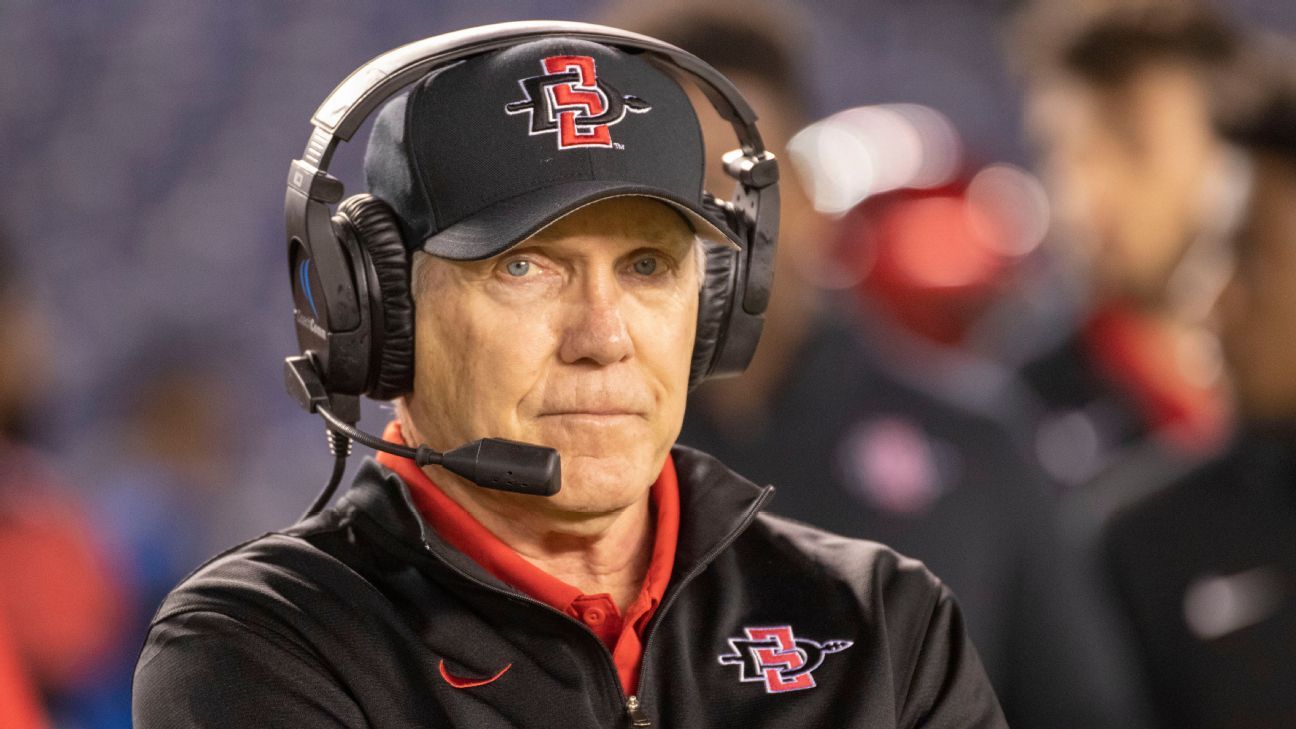 Rocky Long is returning to New Mexico as the team’s defensive coordinator, weeks after stepping down as San Diego State‘s head coach.

Look who’s back on the sideline together!!! Welcome back Coach Long DC /Linebackers Best DC in CFB!!! Let’s Do This! The goal is Conference Championship #5 Lets Gooooooo! #GoLobos #WIN5 pic.twitter.com/dS27ri8D7j

Long served as New Mexico’s head coach from 1998 to 2008, going 65-69 with five bowl appearances. Gonzales played his final season at New Mexico for Long and spent the first 19 years of his coaching career working for Long at New Mexico and San Diego State.

“I’m tremendously excited to have Rocky Long back at New Mexico,” Gonzales said in a prepared statement. “Coach Long’s teams at both UNM and San Diego State were known for their defense, and I don’t think there is a better defensive coach in the country. We are lucky to him back with our program. It’s very exciting.”

Long, 70, stepped down Jan. 8 at San Diego State, where he went 81-38 in nine seasons with four 10-win seasons out of the past five. The three-time Mountain West Coach of the Year said he planned to retire but wouldn’t rule a return in a coordinator role.

He spoke with Syracuse about its defensive coordinator vacancy prior to cutting ties with San Diego State. Long also ended his New Mexico tenure unexpectedly, resigning shortly after the 2008 season as the program’s all-time winningest coach.

He then joined Brady Hoke’s staff at San Diego State as defensive coordinator. Long brought back Hoke as Aztecs defensive line coach in 2019, and Hoke replaced Long as head coach earlier this month.

Long, who played quarterback at New Mexico and won WAC player of the year honors in 1971, will begin his fourth coaching stint at his alma mater.