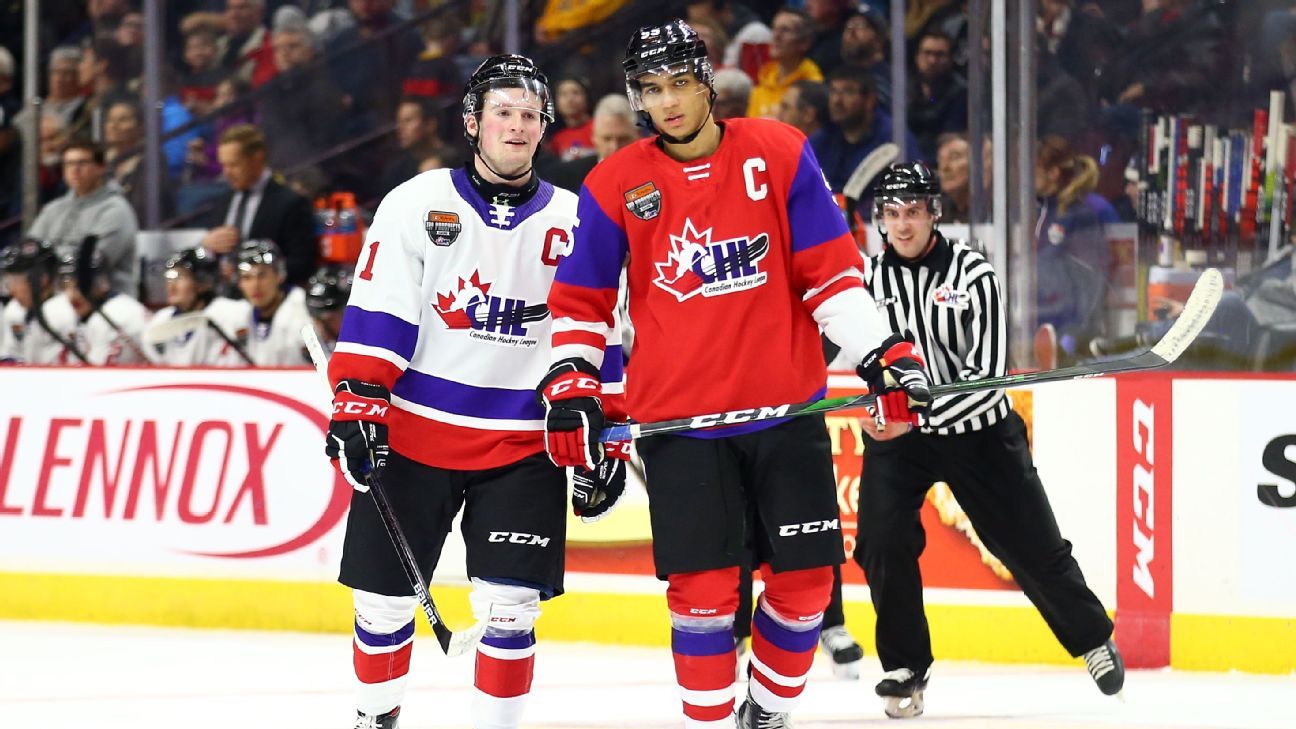 If you have a top-two pick in the 2020 NHL draft, you can likely land yourself a franchise cornerstone piece. After that? Expect a wide range of opinions and very little consensus.

Canadian forwards Alexis Lafreniere and Quinton Byfield are certainly the top tier in this class, followed by a smattering of five-to-seven prospects who will be in or around most teams’ top 10. Then there seems to be a fairly precipitous drop. The class has a lot of talent here, but there’s also a lot of rawness. I find myself looking to take bigger swings on some players with upside right now, allowing criteria that I typically value most — hockey sense and skating ability — to be overtaken by things such as athleticism and hand skills.

There’s a long, long way to go in this draft season, but here is how I rank the top 50 prospects for 2020 right now, updated and expanded from my Oct. 22 edition. Heights and weights are from Central Scouting.

The most NHL-ready player in the draft, Lafreniere has a chance to be one of the better wings of the past few years. He plays a complete game and has few if any weaknesses in his game. With his ability to create separation with his hands, vision to spot plays on the ice and frame to challenge opposing defenders with or without the puck, Lafreniere is a handful. On top of that, he has put up monster production in the Quebec Major Junior Hockey League, he posted an MVP performance at the World Juniors, and he seems to get better as the year progresses, putting him in the driver’s seat to go wire-to-wire as the No. 1 prospect.

Despite being one of the younger players in this draft class, 17-year-old Byfield is one of the most physically advanced. He has a massive frame, skates with power and speed, and has exceptional hands for a player his size. The fact that he’s a center has some teams wondering if he can challenge Lafreniere for the top spot, but Byfield needs to become a little more consistent and maybe even a little meaner. However, when he is playing at his best, he’s dominant, and it’s hard not to look at those performances and wonder how much he can change the fortunes of a franchise if he can bring that same level night in, night out.

With good mobility and high skill level, Raymond has the ability to wow you on a shift-by-shift basis. But that hasn’t always been the case this season, as his role on the pro team has been limited. He has a slighter build, and if he were with a shallower club team, he might play more. When you see Raymond in the international setting with Sweden, he makes plays and drives offense. Looking at the totality of his body of work, he’s a major difference-maker.

Bills’ Hamlin encouraging people to learn CPR
Sources: Harbaugh, Broncos meet but no deal
Trade grades: Horvat fills a need for the Islanders … but at a high cost
Tommy Paul’s remarkable, under-the-radar run at the Australian Open
Breaking down the NBA’s historic surge of 50-point performances this season