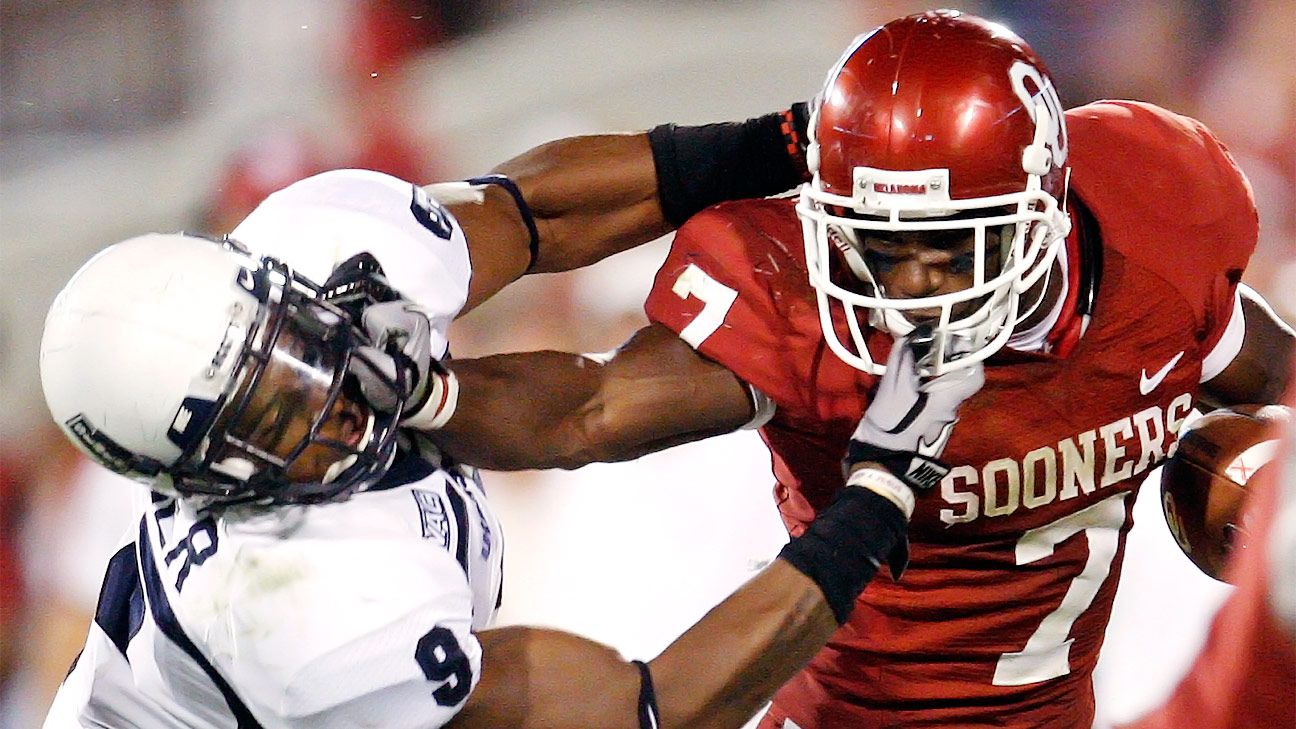 Oklahoma legend DeMarco Murray is going back to school.

Murray starred at Oklahoma from 2007 to ’10 before beginning a seven-year NFL career with the Dallas Cowboys, Philadelphia Eagles and Tennessee Titans, winning NFL Offensive Player of the Year honors in 2014.

He spent last season as the running backs coach for Arizona, which ranked third in the Pac-12 in rushing yards per game (174.0)

“This is a really exciting day, being able to welcome one of our program’s all-time best players back to Norman,” Riley said in a prepared statement. “DeMarco had a tremendous playing career both at OU and in the NFL and has a passion for coaching and helping young men grow as players and people. He’s got an incredibly bright coaching future and will be an outstanding mentor to our players.”

“This is very surreal,” said the 31-year-old Murray. “Obviously I never thought I’d be back coaching at the place where it all started for me. Having the opportunity to come back and be among great coaches and be with some of the people I grew up with is exciting. I’m thankful for the opportunity Coach Riley is giving me and I’m looking forward to being back home.”

Oklahoma, which won the Big 12 and reached the College Football Playoff for the third consecutive season, led the conference and ranked 14th overall in rushing yards per game (240.2) thanks in large part to senior quarterback Jalen Hurts, who ran for 1,298 yards.

Although Hurts has moved on to prepare for a career in the NFL, the Sooners and Murray will be helped by the return of Kennedy Brooks. The 5-foot-11, 209-pound sophomore ran for 1,000 yards in each of the last two seasons.