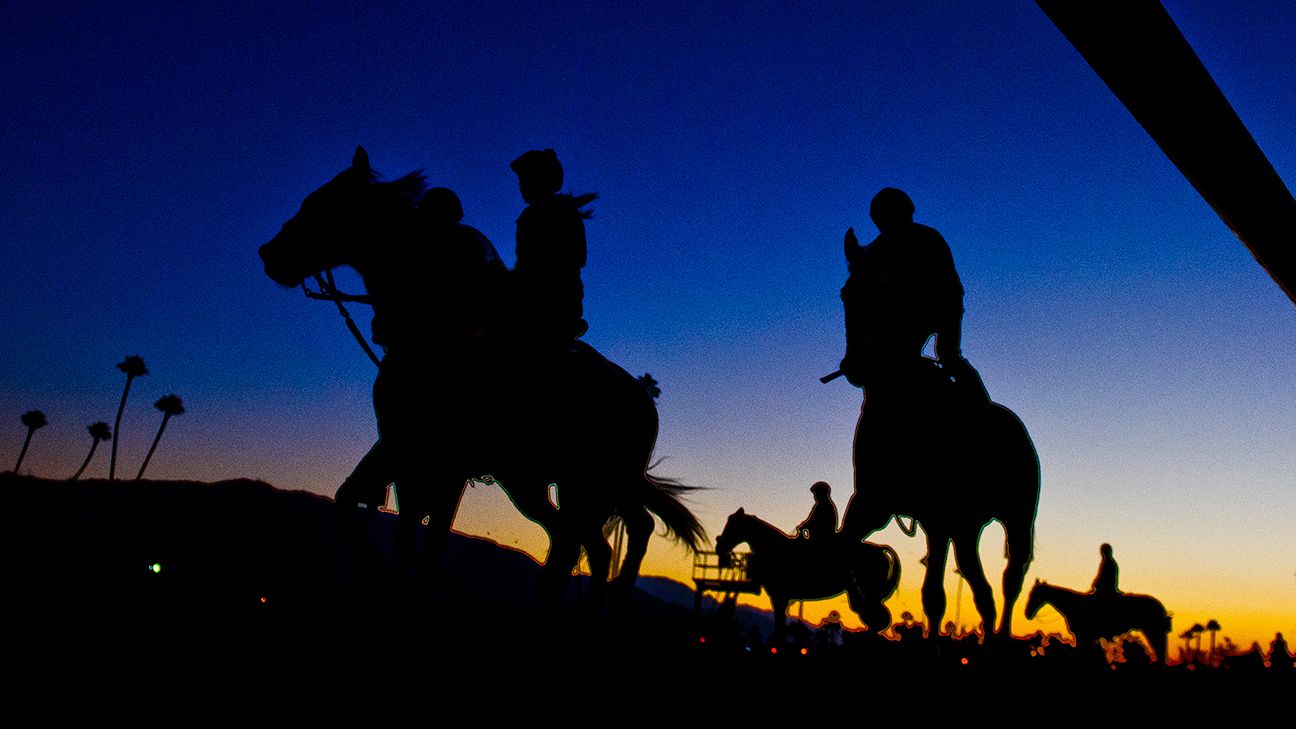 LOS ANGELES — A report on the death of Mongolian Groom in the Breeders’ Cup Classic at Santa Anita says veterinarians missed opportunities to remove the gelding from the $6 million race because of time constraints or deficiencies in the process used to evaluate horses.

Mongolian Groom, a 4-year-old gelding, suffered what Cup officials described as “a serious fracture” of his left hind leg in the late stages of the Classic in November, which was shown on national television. Four vets recommended that he be euthanized.

Bramlage noted it was “unlikely” that the track surface influenced Mongolian Groom’s injury since it had recently been removed and re-done and there was no significant rain at the time. He said the question of whether Santa Anita’s surface predisposes horses to an increased incidence of injury long term was beyond the scope of his report.

Bramlage said Mongolian Groom had small stress fractures in both hind cannon bones before the Classic, but they hadn’t caused any inflammation in the fetlock joint even though they were just millimeters away from the joint surface. He said once the gelding’s left hind fracture occurred during the race, it resulted in a chain of events that created the fatal injury.

“There is no evidence that the horse’s injury was ignored or covered up,” Bramlage wrote.

He said the defect in Mongolian Groom’s left hind cannon bone was roughly one-quarter inch in size and not easily spotted on X-rays. It would have taken a combination of confirming lameness and X-ray proof to diagnose.

“It is not an easy task at any time,” Bramlage wrote, “but is especially difficult in the circumstances of a pre-race examination.”

Bramlage also found there was “no reason to believe medication played any role in the horse’s injury.”

During Breeders’ Cup week, Bramlage said Mongolian Groom was informally on a watch list for increased observation, but he said four other Classic runners were on the same list. In all, 24 Cup horses — including Mongolian Groom — were on the list for extra scrutiny. Of those, eight were disqualified from competition.

Three different officials made multiple observations that Mongolian Groom was “stiff” or “choppy” from behind, but was symmetrical in both hind legs, similar to his previous two races. He was one of 17 horses that had such issues on the pre-race barn exams. Sixteen of those horses competed without incident.

“It is hard to fault a process that had a 99.6% accuracy rate,” Bramlage said, noting that of the 229 horses that competed in last year’s world championships, Mongolian Groom was the only one to be injured.

But Kathy Guillermo, senior vice president of People for the Ethical Treatment of Animals, said Mongolian Groom was “raced to his death” with two stress fractures.

“This should never have happened,” Guillermo said. “If the racing industry had listened to PETA five years ago when we urged a trial study of CurveBeam’s CT imaging equipment, Mongolian Groom would likely be alive today.”

– Focus responsibility for individual horse exams. Seven regulatory vets looked at Mongolian Groom a total of 10 times and Bramlage concluded that had there been fewer people, a more focused assessment might have resulted

After the event, the Breeders’ Cup board of directors hired Bramlage, of Rood and Riddle Equine Hospital in Kentucky, to conduct an evaluation of Mongolian Groom’s pre-race condition and injury, as well as all pre-race safety and evaluation protocols in place for the two-day world championships.

At the time, Mongolian Groom became the 37th horse to die at Santa Anita since December 2018.

The CHRB is expected to release its long-awaited report on the track’s deaths later this month.

In preparing the report, Mongolian Groom’s trainer, groom, exercise rider and jockey were interviewed, along with members of the veterinary teams from the California Horse Racing Board, the Breeders’ Cup and Santa Anita, and racing executives from track owner The Stronach Group, the racing board and Breeders’ Cup.

Last year, Santa Anita and the Breeders’ Cup put in place extensive safety, medication and evaluation protocols for the Cup, which was held at the track for a record 10th time.