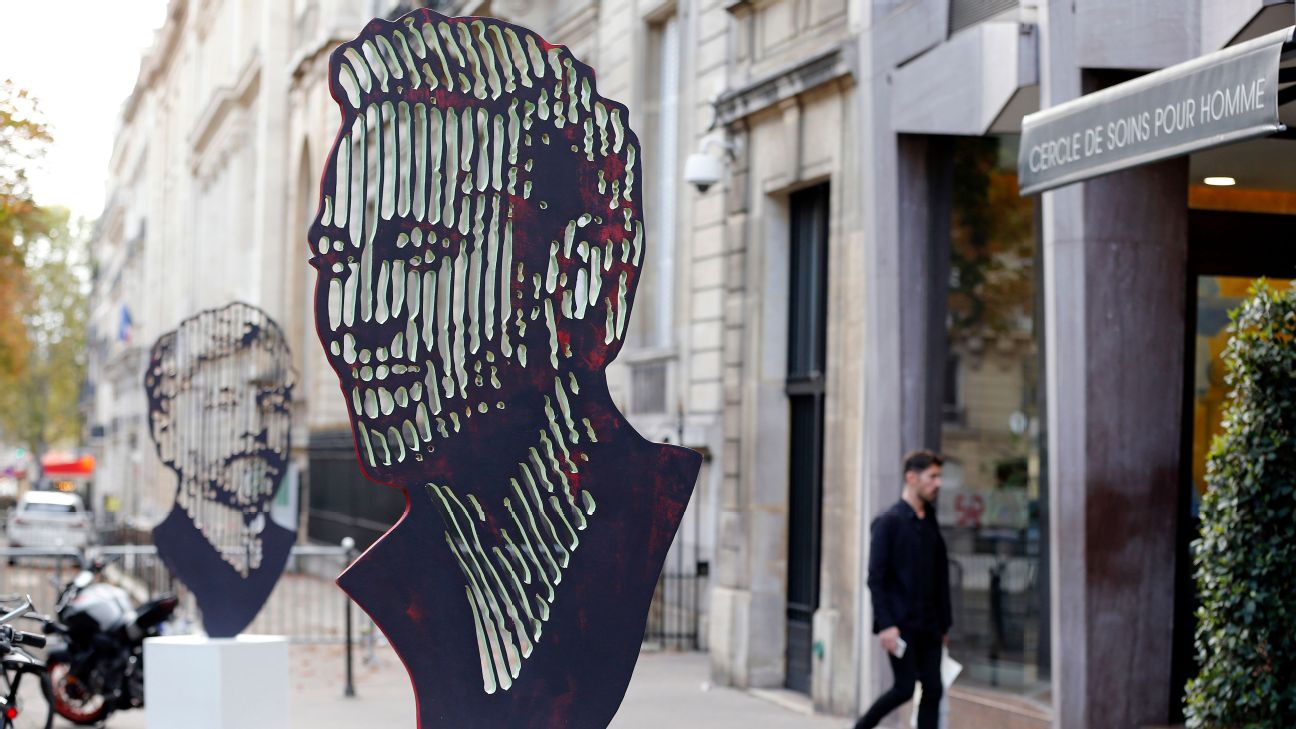 The Toe Poke Daily is here every day to bring you all the weirdest stories, quirkiest viral content and top trolling that the internet has to offer, all in one place.

Jump to: Trent Alexander-Arnold plays his way into Guinness Book of World Records | Official! Success in Football Manager can get you into the real-life game

Neymar will be quite literally showing his face on the streets of Paris on a daily basis for the next month after a new sculpture of the Paris Saint-Germain star went on display in the French capital.

The work, by Brazilian artist Marcos Marin, is a contemporary bust of Neymar that will stand three metres high on the Avenue George V in the city’s well-heeled 8th arrondissement.

Look at this Neymar Jr sculpture made by Brazilian artist Marcos Marin😯 The work is almost 3 meters high and will be on display for a month on Avenue George V, one of the most important in Paris!🇫🇷

The Neymar sculpture is one of 50 new pieces that will grace the avenue, and one of 20 produced by Marin. “I made this piece of Neymar for the World Cup in Russia and I could not bring myself to leave it outside of Paris,” he told Le Parisien.

Given Neymar’s persistent injury woes, it’ll hopefully provide PSG fans with an opportunity to get a rare glimpse of their intermittent striker.

It’s not the first time that Marin has turned his hand to football stars. Earlier this year he unveiled a set of four sculptures featuring another version of Neymar along with Cristiano Ronaldo, Lionel Messi and David Beckham.

And, naturally, no embodiment of modern football’s excesses would be complete without an appearance from celebrity chef and friend to the soccer stars, Salt Bae!

After racking up 12 assists for @LFC in Premier League matches during the 2018/19 season, @Trentaa98 has achieved the record for most English Premier League assists by a defender in a single season. ⚽️ #GWR2020 pic.twitter.com/snwDyZSyl7

Trent Alexander-Arnold has become the latest footballer to find himself immortalised in the Guinness Book of World Records in recognition of his record-breaking 2018-19 campaign.

The Liverpool full-back registered 12 assists in the Premier League, which is the most provided in the competition by a defender in a single season.

Granted it’s a fairly tenuous “world” record, but Alexander-Arnold’s name will be included in the 2020 edition of the Guinness almanac because of it.

Somewhat ironically, the Reds right-back has surpassed the previous record jointly held by a pair of Everton stalwarts, with Andy Hinchliffe and Leighton Baines both managing 11 assists apiece during the 1994-95 and 2010-11 seasons respectively.

“He probably thought he had the competition wrapped up! Near the end of the season we both hit really good form, we were both getting lots of assists and it was good to help the team in those games that we needed to win,” Alexander-Arnold said of Robertson.

For the record, the duo have registered two Premier League assists each so far this season.

Official! Success in Football Manager can get you into the real-life game

This is what dreams are made of! 😍https://t.co/w3ZEqjXafi

Giving hope to us all, one young Serbian man has proved that sinking endless hours into Football Manager can actually open the door to a dream career.

Andrej Pavlovic has just been hired by FK Bezanija after submitting his virtual managerial resume to the club. The 22-year-old took over Bezanija in the Serbian second tier and proceeded to propel them up into the Champions League semifinals in the space of 16 seasons, winning 10 league titles and six domestic cups along the way.

In real life, Bezanija are currently struggling after being relegated due to financial issues.

This spurred Pavlovic to apply for a post with the club who have since hired him as a data analyst on a voluntary basis, filing statistical reports on two matches in his first week and even sharing his findings on Reddit.

“I reached out to them with my achievements on FM and suggested I could help them. I didn’t expect they would call me,” Pavlovic told SPORTbible. “If the chance occurs, I would love a career in football as a scout or data analyst, something that has been my dream for long time and something I do pretty well.”