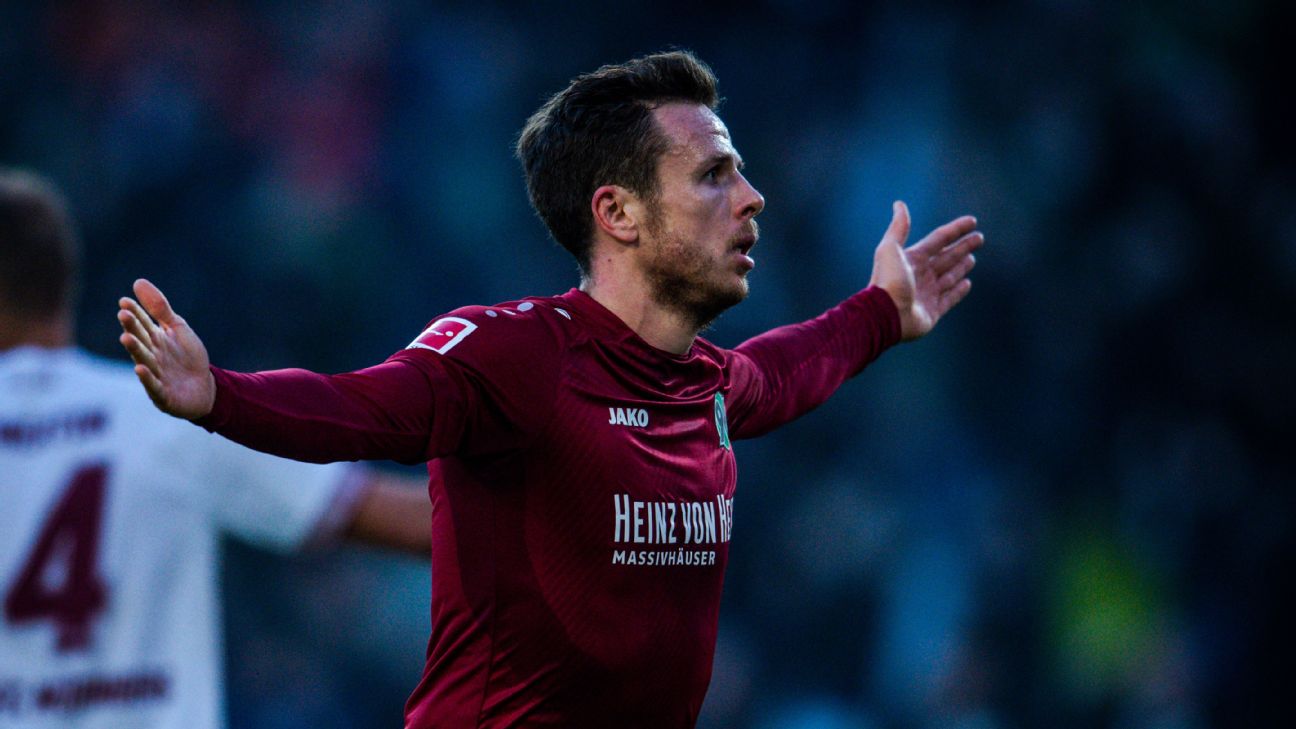 Muller, 32, joins on an injury replacement contract for Polish midfielder Radoslaw Majewski, who is sidelined with a long-term knee injury. The winger has been capped by Germany, while his former clubs include German sides Mainz, Hamburg and Hannover 96.

“We are very excited to have Nicolai join us this season and can’t wait to see him on the park,” Wanderers chief executive John Tsatsimas said.

“Our members and fans should be very excited about this signing, Nicolai has been a top pro in Germany for many years playing in Bundesliga 1 and 2 as well as playing in the Europa League.”

While Muller is expected to arrive in Australia in the coming days, the Wanderers will have to overcome a mounting injury list when they face Melbourne Victory on Friday.

Tarek Elrich injured his hamstring during the opening-round win over the Mariners, while Patrick Ziegler (knee) will not feature and Kwame Yeboah is still in doubt after he suffered an injury when training.

“Tarek is out, Bruce Kamau is out, Patrick Ziegler is out and Jordan O’Doherty is out,” coach Markus Babbel said on Wednesday.

“Maybe Kwame can come back, he is not 100 percent sure now but I hope he can come back because at the moment we don’t have the biggest squad.”

“We have to work on it that we create more chances, that we are more present in the box, around the box and then you will see his strengths,” he said.

Source: Tua still in protocol 1 month after entry
These Kings are beaming, thanks in part to Mike Brown
LaMelo out against Hawks with sore ankle, knee
Reed leads McIlroy in wet Dubai Classic
Wizards’ Porzingis sidelined with left ankle sprain