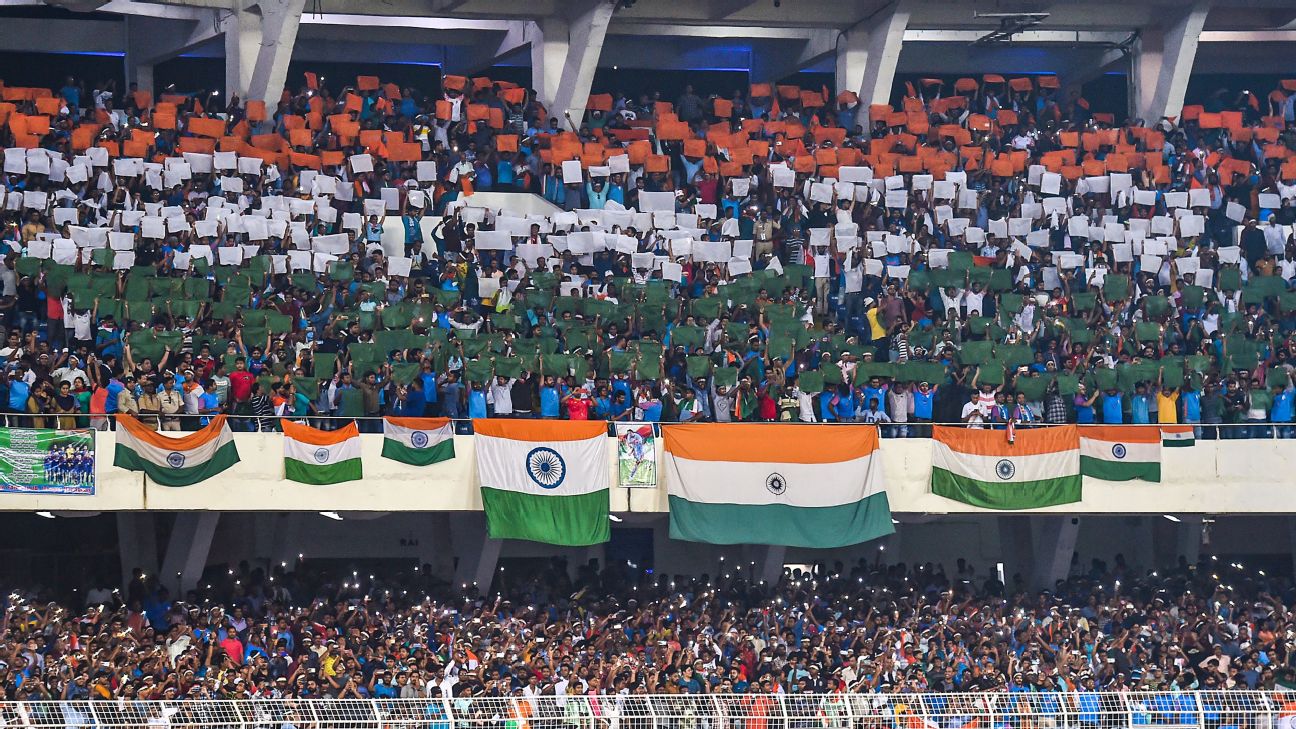 On Tuesday, in a crucial World Cup qualifier, India salvaged a 1-1 draw against Bangladesh with a last-gasp goal from a corner. From the high of Doha, Indian football seems to have returned to its normal resting state: oh-no-not-this-again.

Forty-five minutes of insipid football from the Indians was followed by a forty-five of chaotic endeavour. They over-complicated set pieces. They over-simplified open play. They did not defend well. Gurpreet Singh Sandhu went from hero who stopped Qatar to the man whose mistake gave Bangladesh the lead — the cruel life of a goalkeeper laid bare for all to see. Up front, they created precious little. As Jamie Day, head coach of Bangladesh, said, “India really weren’t a threat today.” On the field, India were — to put it politely — rubbish, for vast swathes of the game.

A total of 61,485 souls poured into Salt Lake. They came from all over the city, all over the state. They came in buses, in trucks, on bikes and in cars. As the burning day turned into an implausibly warmer evening, the moon seeming to burn orange in sympathy, they just kept coming in.

They had faced their fair share of problems in getting there, and it wasn’t just the heat. Draconian rules made sure entering the stadium was a hassle and took ages; groups of fans saw banners and drums and other paraphernalia confiscated for no apparent reason. Parking was a nightmare. Roads were cordoned off for blocks around.

They braved all this.

And they came clad in one colour. Maroon and green and red and yellow merging into a single, vast, sea of blue.

A gang of four, two East Bengal fans and two Mohun Bagan, waiting outside the stadium, seven full hours prior to kick-off, asked for a picture. As they stood there, arm in arm, they couldn’t help but grin as they said, “Welcome to Kolkata, but remember, you will not see this [the derby rivals together ahead of a match] ever.”

The four hadn’t come in blue, but hawkers outside the stadium saw to it that they didn’t miss out. With the jerseys available for INR 150 – INR 400, depending on your negotiation skills and comfort with the local slang, by kick-off everyone was in uniform.

All of the jerseys, all of them, had Chhetri-11 on the back.

Inside the stadium, an hour before kickoff, a small pocket of brave, loud, Bangladesh fans started things off with screams in support of their team. With a rumble the hosts woke up, completely drowning them with a roar that gathered storm as it went on, “Indiaaaaa!” The noise levels did not drop until after the final whistle.

Well, apart from the 42nd minute, when Saad Uddin knocked in Jamal Bhuyan’s wicked free kick, a curve ball that deceived a nervous Gurpreet completely. In that isolated moment, the silence — as the cliché goes — was deafening.

The tenseness of the Gurpreet flap was reflected across most of his teammates. Ahead of the match, India’s head coach, Igor Stimac, had talked about the importance of managing expectation, on how to remain calm while being burdened with the tag of ‘favourites’, but that’s exactly where India couldn’t get a grip on the night.

No one in defence seemed to be able to control the ball. Sahal Abdul Samad looked unnaturally flustered. Anirudh Thapa, too. Indecisive, nervous, not trusting their own touch. Ashique Kuruniyan and Udanta Singh kept running into blind alleys, or chasing lost causes. Manvir Singh was ineffectual. As the lift operator at the stadium’s media centre put it, “How much do these people expect Chhetri to do?”

Stimac prowled the touchline: shoulders hunched, posture aggressive, beseeching his players to play it short, to keep calm, to wait for an opening.

It was all so familiar. Oh-no-not-this-again.

Yet, the energy levels of the crowd never wilted. Chants for Chhetri were interspersed with classics of yore. ‘Vande mataram‘ was sung, almost in unison, by 60,000. It was just as brilliant as you’d imagine it to be.

At times, especially during the rare Bangladesh forays forward, they sounded like a swarm of bees. Angry, hostile, incessant — exactly what you’d want from a home crowd.

The second half was all India, bar a superb Bangladesh counter, which saw Adil Khan acrobatically clear a lovely little chip from Mohammed Nabib Ziban off the goal line. Yet, India struggled to properly test Ashraful Rana in the Bangladesh goal. Until, with two minutes to go, Adil rose high and left his marker behind to power home substitute Brandon Fernandes’ corner.

The stadium exploded, decibel levels pushed as high as can be. Every shot, meek or otherwise, every cross, every tackle was cheered with rare gusto.

In the end, they were not to get the climax they’d hoped for, but a draw was a consolation for their vociferous loyalty, scant as it may be.

Before the match, Stimac had gone on a discourse on the functioning of a perfect football family — coach, staff, players, fans, and media, all on the same page, all remaining positive. He had looked around the conference room, and said, “We all needed to trust one another.”

As Salt Lake showed on Tuesday — the entire mass staying back to applaud the team despite the disappointment of the result, to engage in arguably the most ridiculously out-of-place ‘Viking clap’ ever — the fans trust this team. These players. This coach. For the first time in ages, they trust that at any given moment, the team will not take a sudden plunge back to the days of oh-no-not-this-again.

Because of that, they had turned up in their numbers. Because of that, they had been willing to ignore the mundanity of the 90 minutes they witnessed. Willing to forgive, and indeed, celebrate their team for rescuing a point against a team 83 places below them in the FIFA rankings. If the mark of a fan is how much they can get behind their side on a bad day, Salt Lake has left a remarkable, if extreme, benchmark.

Come November and the next round of qualifiers, it’ll be on Stimac and his men to stick to their end of the bargain.