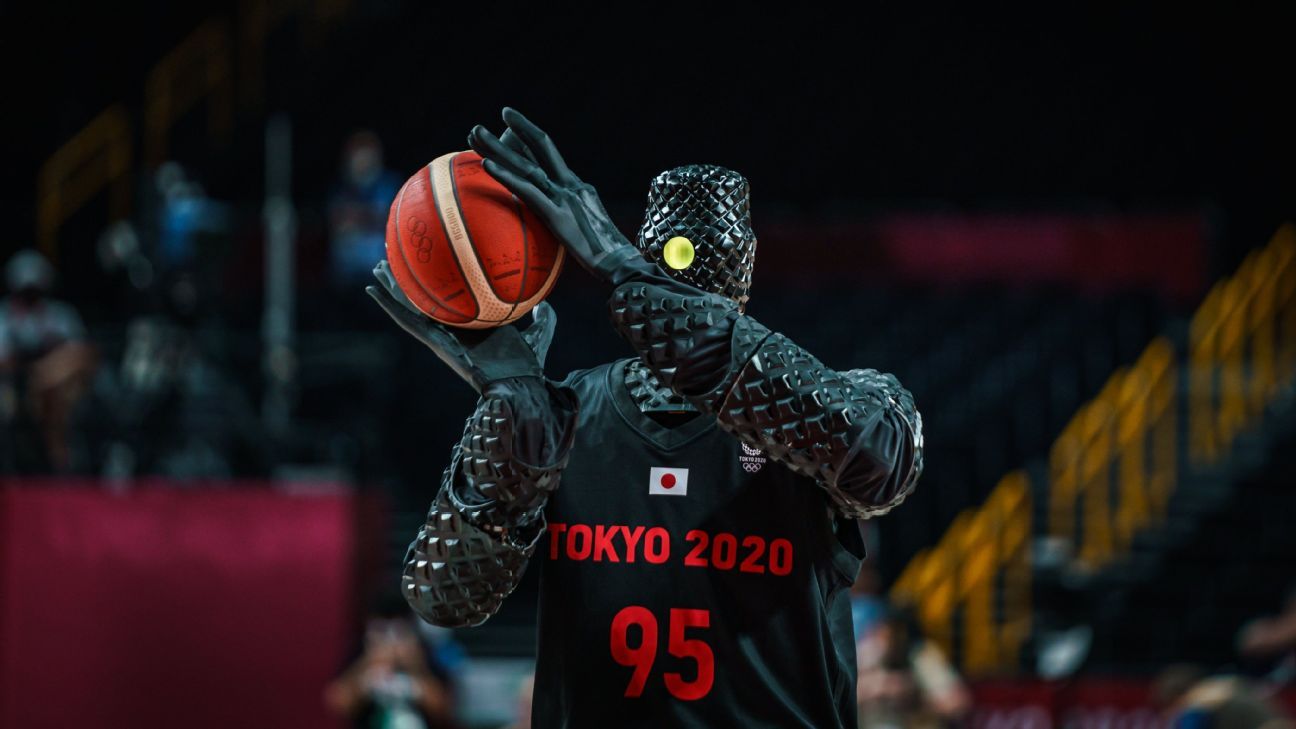 The Olympic Games are for the best athletes in the world. The basketball tournaments feature elite pro athletes like Kevin Durant, Damian Lillard, Sue Bird and A’ja Wilson. But they might have to move out of the way for the robot hitting 3-pointers and free throws.

At halftime of the United States’ men’s basketball loss to France, a towering robot wearing a No. 95 jersey took the ball in its giant robot hands and began draining shots like peak Stephen Curry.

Robots are taking free throws at the #TokyoOlympics.

The robot’s free-throw routine appears faster than that of newly crowned Giannis Antetokounmpo. No word on whether the robot would immediately qualify for a supermax deal.

Vlad Jr. passes Ohtani, eclipses dad with 45th HR
Novak Djokovic finally earned the adoration he so desired, even in defeat
Arsenal have back Arteta to turn them around. Can he do it?
NFL Week 1 ratings up 7% over last season
Brewers HR king Braun announces retirement