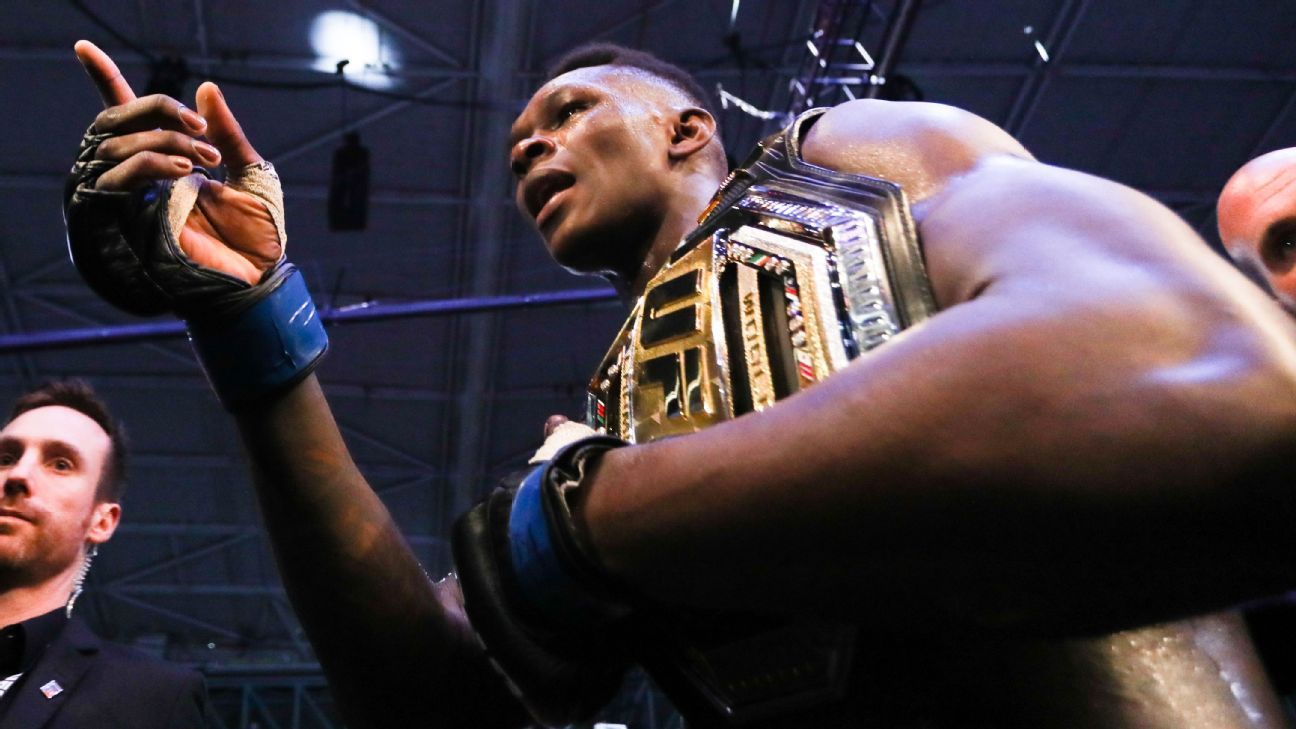 UFC middleweight champion Israel Adesanya will attempt to become a two-weight champion on March 6, when he moves up in weight to challenge light heavyweight title-holder Jan Blachowicz.

UFC president Dana White broke the news to ESPN on Wednesday. The 205-pound title fight will take place at UFC 259. The promotion has not yet announced a location for the pay-per-view event.

Adesanya (20-0) is the No. 4-ranked pound-for-pound fighter in the world, according to ESPN. The 31-year-old won the 185-pound title by knocking out Robert Whittaker in October 2019. He defended the belt twice in 2020, via decision against Yoel Romero and by TKO against Paulo Costa in September.

Adesanya will retain his middleweight championship while he moves up in weight. He is vying to become the eighth two-weight champion in UFC history, and would join a list that includes Randy Couture, BJ Penn, Conor McGregor, Georges St-Pierre, Daniel Cormier, Henry Cejudo and Amanda Nunes.

Błachowicz (27-8), of Poland, won the vacant light heavyweight title in September, when he knocked out Dominick Reyes in the second round at UFC 253. Jon Jones vacated the title earlier in 2020, in anticipation of a move up to heavyweight. Blachowicz has won eight of his last nine, including four finishes.