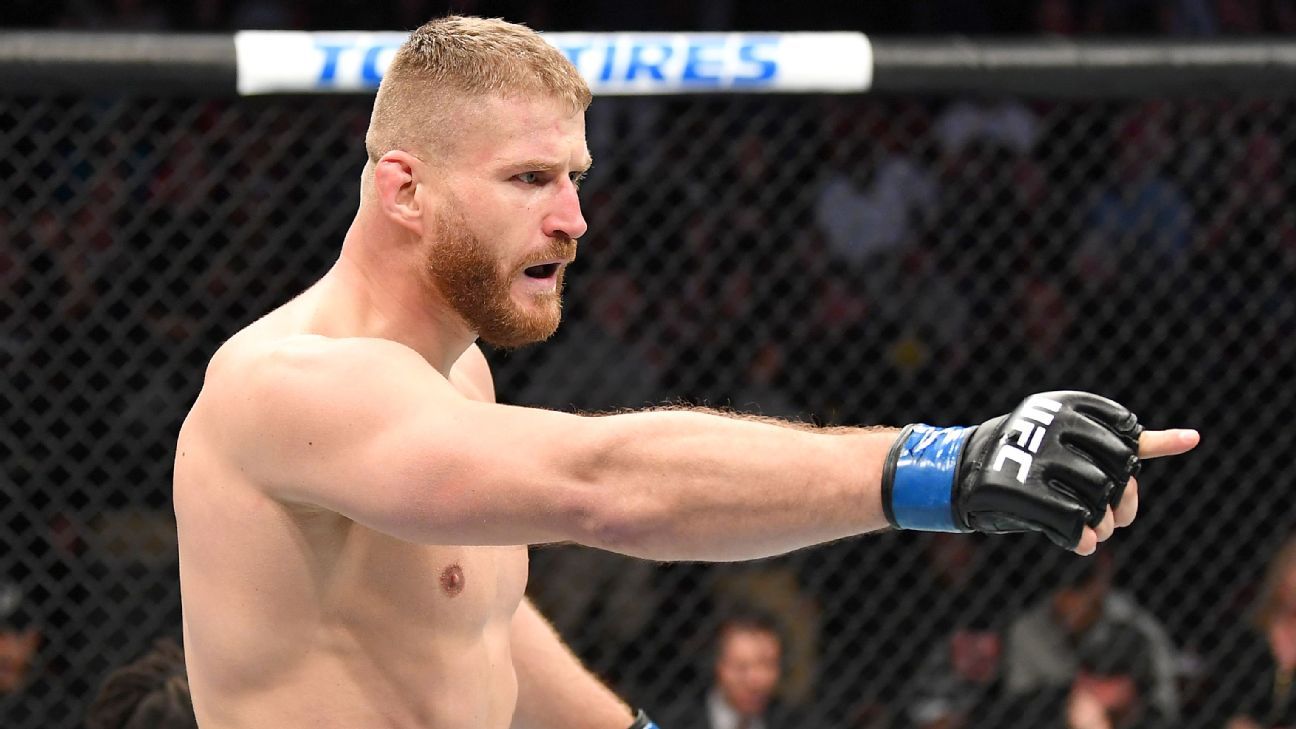 Jan Blachowicz believes he earned a shot at the UFC light heavyweight championship with his first-round knockout of fellow top-10 contender Corey Anderson over the weekend. On Monday, he told ESPN he will accept no other fight until he gets his hands on champion Jon Jones.

Blachowicz (26-8), No. 6 in the ESPN rankings at 205 pounds, appeared on Ariel Helwani’s MMA Show and acknowledged that he’s up against a groundswell of fan sentiment for an immediate rematch between Jones and Dominick Reyes, who fought to a tight decision win by the champ on Feb. 8.

Blachowicz knew going into the weekend that simply winning against the fifth-ranked Anderson might not be enough.

The 36-year-old from Poland said he has yet to hear anything from the UFC about his next booking but he and his management will speak to the promotion “maybe today, maybe tomorrow.”

If the UFC opts instead to book Jones-Reyes II, Blachowicz said, “I will be angry for a little bit if they make this fight. I am going to wait for the winner of the rematch.” He would wait “half a year, something like this. But not too long, you know?”

Blachowicz believes that one factor in his favor is that Jones, who lives in New Mexico, was cageside this weekend in Rio Rancho and responded to his one-punch knockout with enthusiasm, climbing onto his chair and cheering along with the crowd. He even engaged in some back-and-forth when Blachowicz came over to the cage and told him, “Give me the fight. I’m ready.”

Afterward, the champ was interviewed backstage on the telecast and said of Blachowicz, “I could totally see the UFC matching us up with each other. What better way to make a claim for the title than to get a knockout like that. So I’ve got a feeling the UFC’s going to be giving me a call real soon.”

Djokovic back at No. 1 on ATP after Aussie Open
It’s undebatable: Purdue is the best team in the country
Did replay officials mishandle DeVonta Smith’s controversial catch? What should have happened
15 all out to the finals: Sydney Thunder eye late run in ‘rollercoaster’ season
Bolts win 11th straight at home, end Bruins’ run