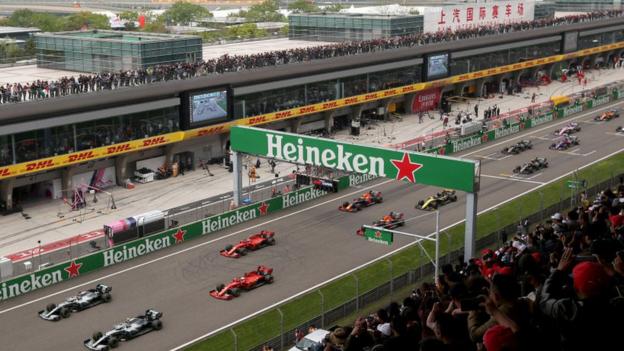 Red Bull team boss Christian Horner says he “trusts the judgement” of the Formula 1 authorities over whether to cancel the Chinese Grand Prix.

The race, due to be held in Shanghai on 19 April, is in doubt as result of the coronavirus outbreak in China.

Horner said he was confident F1’s bosses would “make the necessary due diligence about maybe delaying, postponing or cancelling the race”.

He added: “But we keep a very close eye on the situation.”

Horner said he expected the coronavirus outbreak, which has been declared a global health emergency, would be on the agenda of Wednesday’s meeting of F1’s strategy group, a forum at which governing body the FIA and commercial rights holder Liberty Media discuss active issues in the sport.

He said that if the situation remained as it is now, teams could not attend the race “because we couldn’t get there”.

The UK Foreign Office is advising against all non-essential travel to the Chinese mainland and British Airways have cancelled all flights.

Red Bull driver Max Verstappen said: “At the moment, it doesn’t look good but it is a long way away. I am not too worried about it. We just wait for the decision and see what happens.”

On Sunday, the all-electric Formula E series became the latest sporting competition to be affected by the outbreak when it called off its race scheduled for Sanya in southern China on 21 March.

The 2020 World Athletics Indoor Championships in Nanjing have been postponed for 12 months, while badminton’s China Masters is to be rescheduled from its original February date.

The FIA said last week it was “monitoring the evolving situation” and that it would “evaluate the calendar of its forthcoming races and take any action required to help protect the global motorsport community and the wider public”.

UK Health Secretary Matt Hancock said on Monday that the coronavirus would “be with us for at least some months to come”.

There have so far been more than 17,000 confirmed cases of the virus in China and some 361 people have died there.

Outside China, there are more than 150 confirmed cases of the virus and one death, in the Philippines.