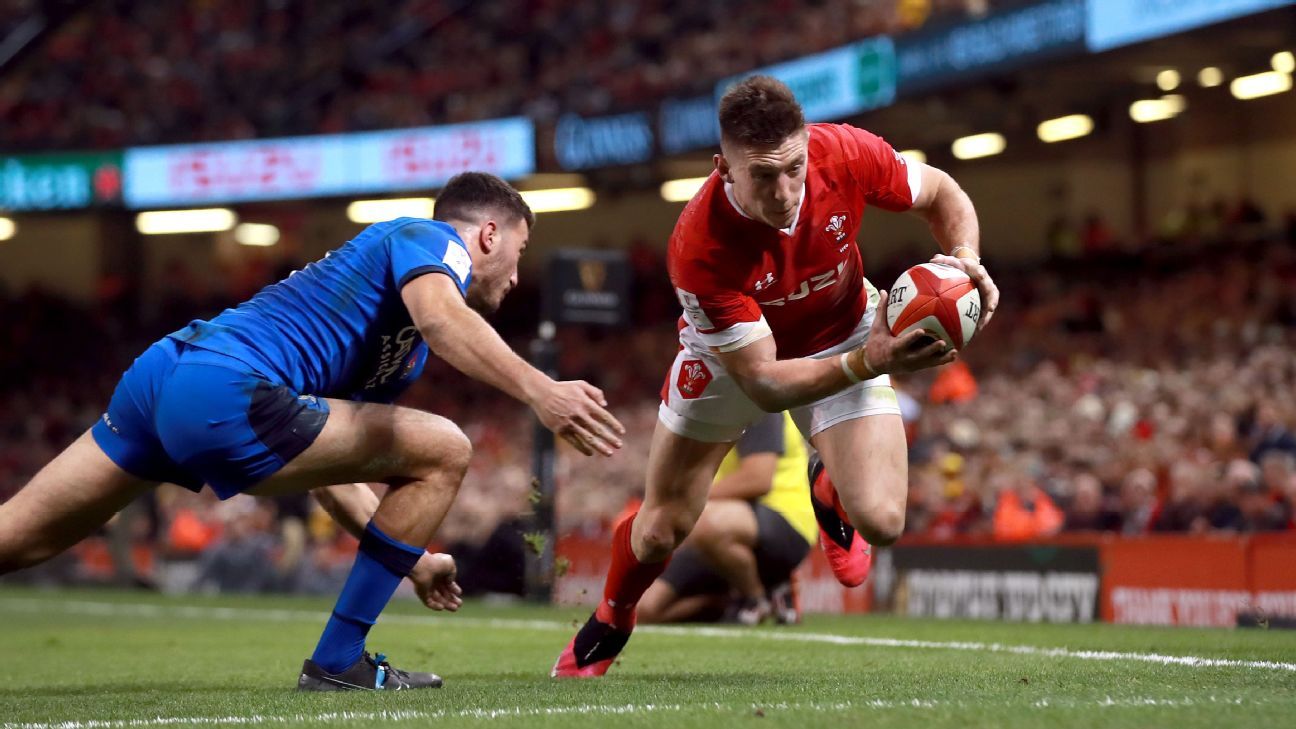 Winger Josh Adams scored a hat-trick of tries as Wales began the tenure of new coach Wayne Pivac with a comprehensive 42-0 bonus-point victory over Italy in their Six Nations opener at the Principality Stadium on Saturday.

The victory extends Wales’ record number of home wins in succession to seven as they start the defence of their title and a new era under Pivac following the departure of Warren Gatland after the World Cup in Japan.

For Italy it was a 23rd successive defeat in the Six Nations, their last victory coming against Scotland in 2015 as they continue to struggle in the competition despite the best laid plans of South African coach Franco Smith.

“In the first 20 minutes of the second half we were flat if we are honest, but we finished the way we want to,” Wales captain Alun Wyn Jones said at the post-match presentation.

“It is a foundation for the new regime. We still have four games to go in the competition. We played well in fits and starts, and there are a few discipline issues we will need to look at.”

Three Biggar penalties were the reward for some incessant early pressure from Wales that forced Italy into errors.

Their first try was simple in its construction, but expertly finished by Adams as he was played into space on the left-hand side of the pitch following a line-out on the right, and crossed to score under pressure from Tommaso Allan.

Adams got his second on the half-hour mark after a brilliant pass through his own legs by Biggar caught the Italian defence ball-watching, and the winger dived over from close range to give Wales a 21-0 lead at halftime.

The home side did not have the same intensity at the start of the second half and it was Italy who enjoyed the ascendancy, winning a number of penalties at the scrum that had followed some line-out struggles as well for Wales.

Italy tried to keep the ball in hand, but came up against a red wall in defence that proved impenetrable, as Wales scored three tries in the final 20 minutes.

Tomkins burst through the tightest of gaps and then held off some flailing defenders to cap his special day with a score.

Wales had to wait until the 77th minute to secure their bonus-point as centre North shoved his way over from close range, before Adams crossed in the final play of the game to complete Italy’s humiliation.

“It was tough, but we knew it would be,” Italy captain Luca Bigi said. “We created a lot but could not finalise our chances.

“We need to focus more on every single line-out and scrum to create chances for our backs.”