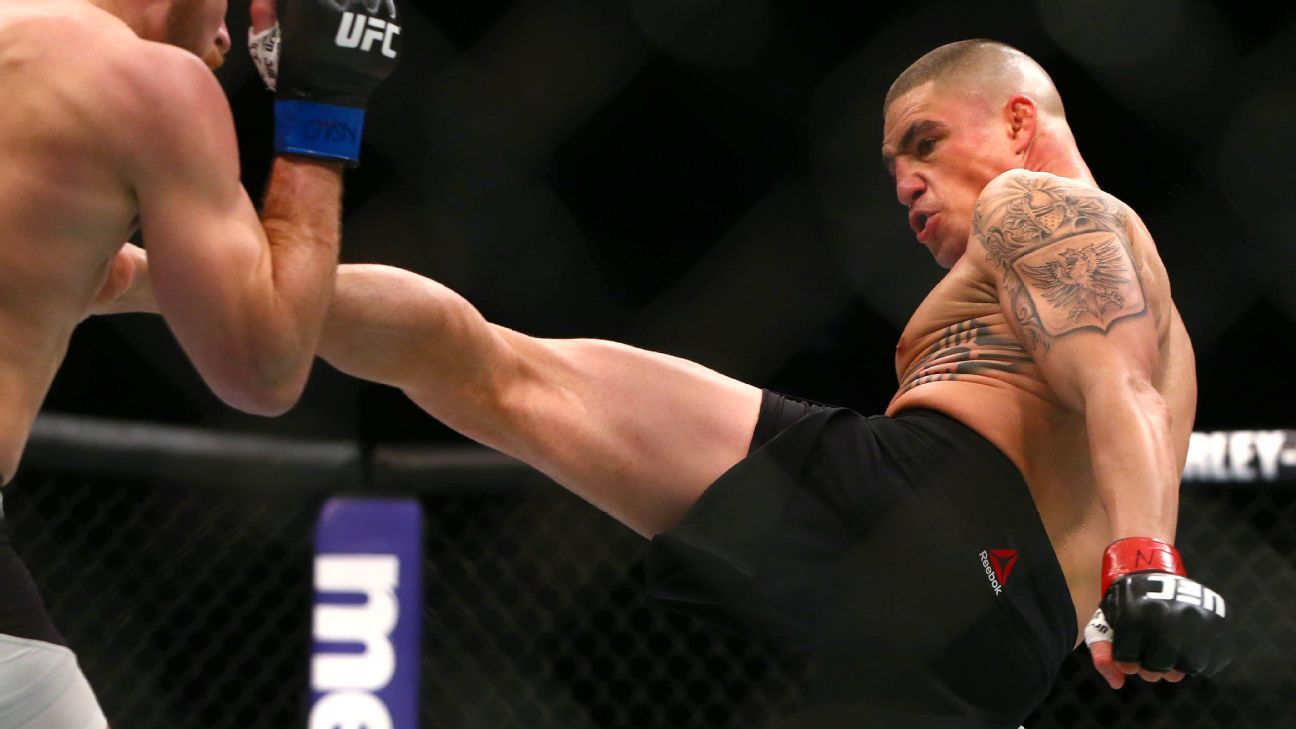 A pair of UFC veterans — Diego Sanchez and Ovince Saint Preux — were given retroactive three-month suspensions by USADA on Friday for anti-doping violations.

Sanchez tested positive for the banned substances ostarine and S-23, while Saint Preux failed for ostarine, di-hydroxy-LGD-4033 (a metabolite of LGD-4033), as well as GW1516 sulfone and GW1516 sulfoxide.

Both fighters were able to show the drugs came from contaminated supplements, which is why they each received reduced suspensions.

Sanchez’s ban is retroactive to Oct. 26, 2019, when he first started taking the supplement in question. He is slated to fight Michel Pereira at UFC Rio Rancho on Feb. 15 in his home state of New Mexico, and the suspension will not preclude him from competing in that bout.

Saint Preux first starting taking the supplements Oct. 25, 2019, so his ban is retroactive to that date. He is already eligible to return, though he does not have a scheduled fight at this time.

All of the substances Sanchez and Saint Preux failed for are in the family of selective androgen receptor modulators (SARMs), which have frequently been found in supplements despite not being listed ingredients since the USADA took over the UFC’s anti-doping program in 2015.

On Nov. 25, 2019, the USADA made an alteration to the UFC’s anti-doping policy, stating that if a positive test came from a tainted supplement that was on a newly established certified list, a fighter would not be penalized, provided there was no performance-enhancing benefit.

However, the USADA found that Sanchez and Saint Preux ingested their supplements prior to the policy change and they did not use certified supplements, therefore a short suspension was still administered.

“Under the current and previous version of the UFC Anti-Doping Policy, athletes may receive a reduced sanction if they prove their positive test was caused by a contaminated product, but athletes who do not use one of the Certified Supplements designated in the UFC Anti-Doping Policy in light of the clear opportunity and benefit to do so should expect to receive a lengthier sanction,” the USADA release stated.

Sanchez (31-12) is coming off a unanimous decision loss to Michael Chiesa at UFC 239 last June. He has been in the UFC since 2004, winning The Ultimate Fighter 1 middleweight title. Sanchez, 38, had won two in a row prior to the Chiesa loss.