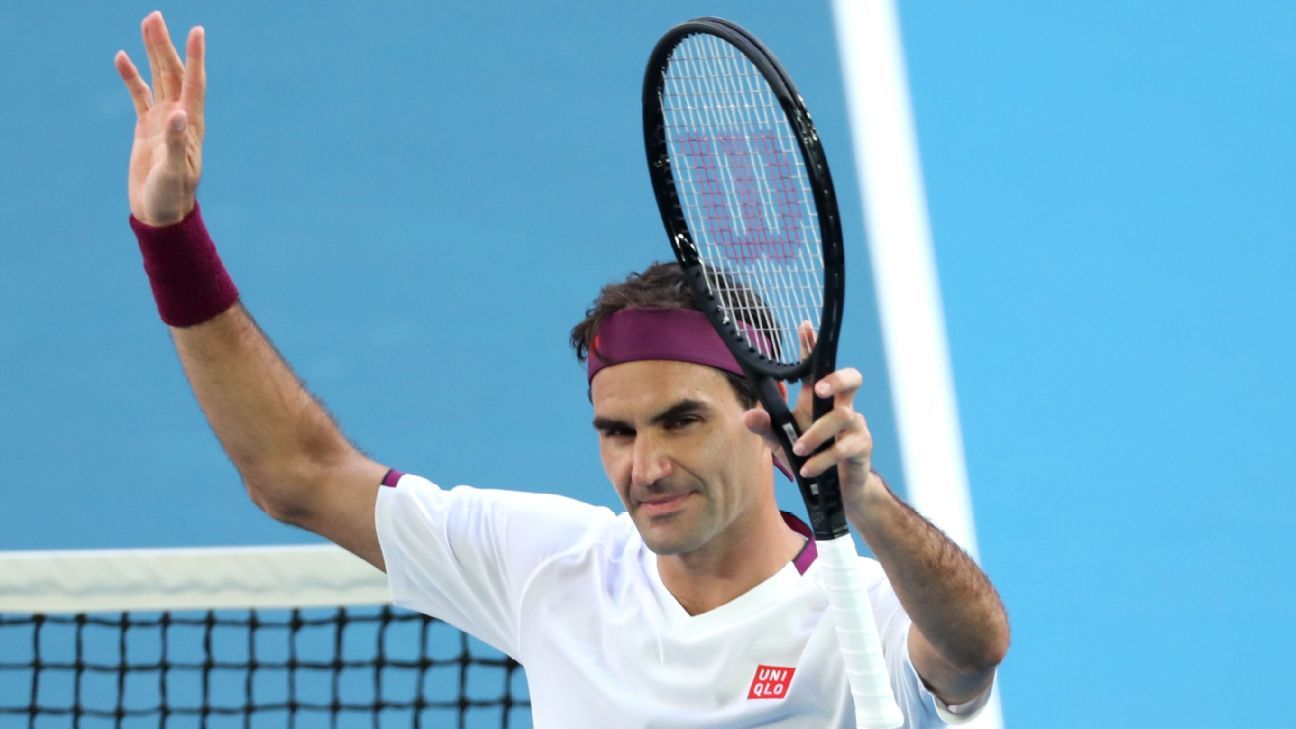 MELBOURNE, Australia — If Roger Federer has a bit of spare time on his hands in Melbourne over the next couple of days, perhaps he should head for the casino.

Somehow the 38-year-old Swiss is still standing in the Australian Open. After a second great escape in the past few days, he must feel like he’s playing with house money.

His 6-3, 2-6, 2-6, 7-6, 6-3 victory over American Tennys Sandgren took him into the semifinals in Melbourne yet again. Having struggled with a tight groin and saved seven match points in the fourth set, even Federer can’t quite believe how he is not headed home.

“You’ve got to get a bit lucky sometimes,” said Federer, who needed a final-set tiebreak to get past Australian John Millman in the third round.

“I was starting to feel my groin and my leg started to tighten up. I really don’t like calling the trainer, you know, sign of weakness. I just said, ‘I believe in miracles. There could be rain, there could be stuff.’ It wasn’t bad enough where I thought I was going to get worse, it was just stiff and tight (so he thought) just let him finish me off in style and he didn’t do that, so just incredibly lucky.

“As the match went on I started to feel better again, the pressure went away and I just tried to play and again, got a little lucky to get the break. I served really well at the end so I don’t deserve this one, but I’m standing here and I’m very, very happy.”

Roger Federer spoke after his quarterfinal victory vs. Tennys Sandgren about his comebacks and injury struggles.

All looked easy enough as Federer took the first set against Sandgren, who was appearing in the quarterfinals for the second time in three years. But as the match progressed, Federer’s movement, especially to his right, was clearly compromised while his serving speed was well down on its usual average.

At 3-0 down in the third set, Federer left court for treatment but little changed and in the fourth set. He was hanging on for dear life as Sandgren sensed the biggest win of his career. But as the finish line approached, Federer started to loosen up, and the American could not put him away. At 4-5, Federer saved three match points in his own serve to level at 5-5 but in the tiebreak he looked finished when Sandgren led 6-3.

Again Federer stayed strong and Sandgren could not finish him off, missing a backhand on the fourth match point. A service winner from Federer made it 5-6 and he then played a forehand volley into the open court to make it 6-6. A seventh match point at 7-6 was saved as Sandgren netted a slice and Federer then clinched the set after a long rally ended with Sandgren missing a smash.

By this time, the crowd inside Rod Laver Arena was going crazy, and when Federer broke for 4-2 in the third, the decibel level was so loud it would surely have gone through the roof had it not been already open.

Serving for the match at 5-3, Federer trailed 15-30 but two good serves set up a first match point and another saw Sandgren net the forehand to give Federer the victory.

It is the second time Federer has saved seven match points — he did the same thing against Australian Scott Draper in Cincinnati in 2003 — but this one will feel much better.

He will play either the seven-time champion Novak Djokovic or Milos Raonic in the semifinals. The big problem now will be whether Federer can recover, physically, for the semifinal, which will come after two days rest.

“You do feel better in a couple of days, so you never know,” Federer said. “With these lucky escapes, all of a sudden you might play without any expectations anymore because you know you should already be skiing in Switzerland, not on the way there, so lucky to be here and might as well make the most of it.”